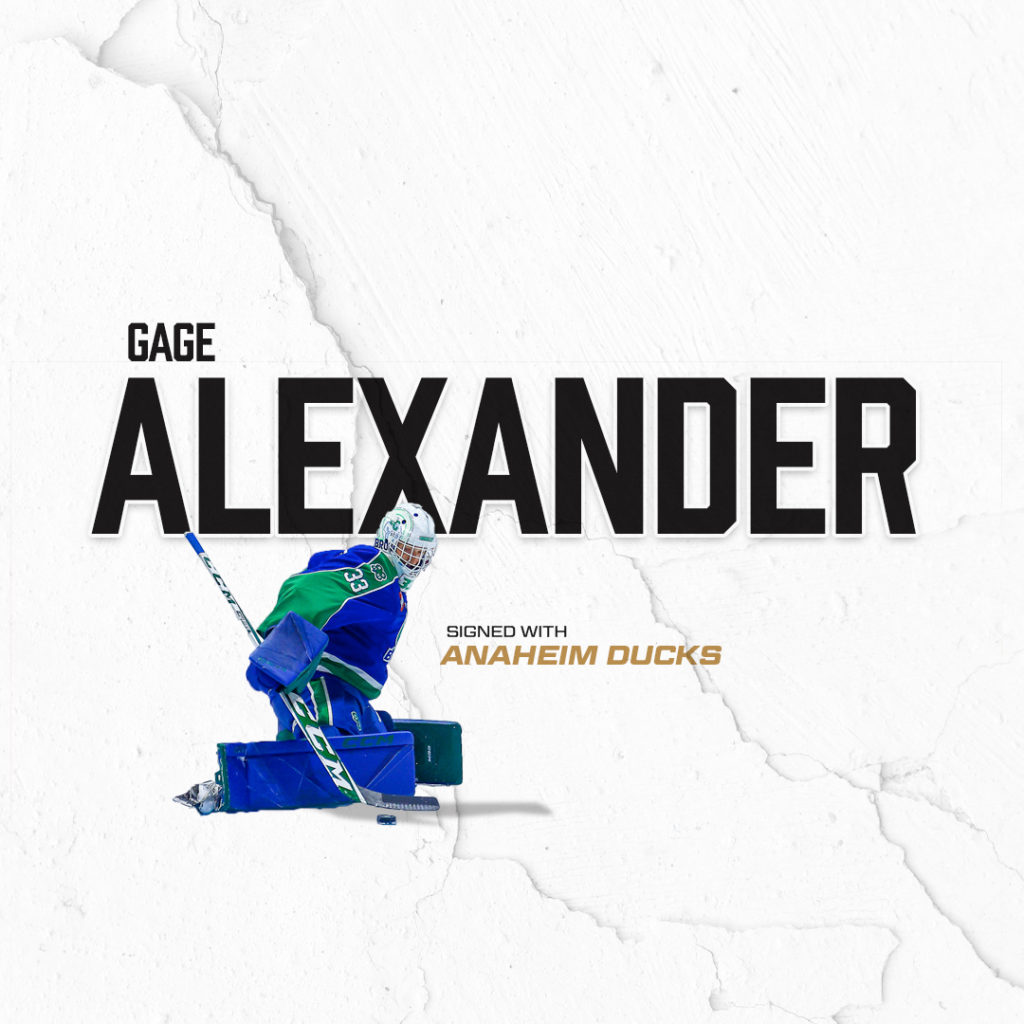 Swift Current, Sask. – The Anaheim Ducks announced today that they have signed 2002-born goaltender Gage Alexander to a three-year, entry-level contract and assigned him to San Diego Gulls of the American Hockey League. He was drafted by the Ducks 148th overall in the 2021 NHL Draft.

Alexander, from Okotoks, Alta., was in his first year with the Broncos after being acquired in an off-season trade with the Winnipeg ICE. In 15 games the 6’7’’ goaltender posted an 8-5-0-1 record with a 3.47 goals against average and an .898 save percentage.

“We are very happy for Gage,” said Broncos general manager Chad Leslie. “His goal coming here was to earn a contract and get to the next level. We wish him all the best.”

Alexander advances to the professional ranks on the heels of some strong play as he leaves the Broncos with a .914 save percentage over his last 10 appearances. His final game with the Broncos was a 30-save performance at the Peavey Mart Centrium in Red Deer, backstopping Swift Current to a 4-1 win on December 17.

The Broncos would like to congratulate Alexander and wish him luck as he begins his professional hockey career.