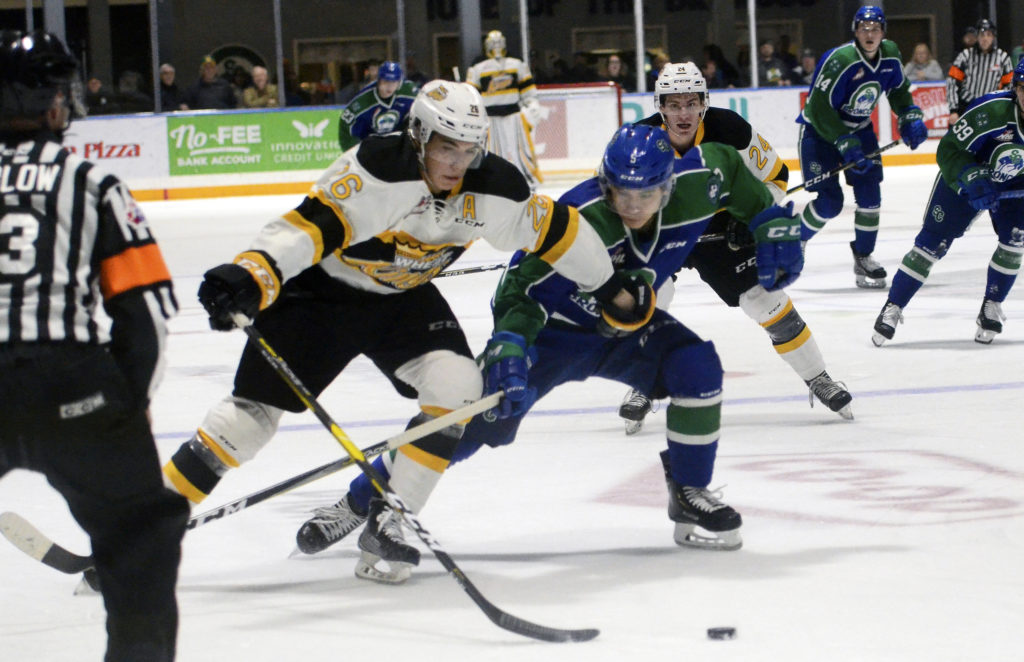 Swift Current’s five-game home stand ended on a sour note as the Broncos lost to the Brandon Wheat Kings by a score of 5-1 at the Innovation Credit Union i-Plex on Wednesday evening.

Swift Current was behind the eight-ball early as Wheat Kings forward Luka Burzan scored his 14th of the season just 3:16 after opening puck drop.

Yorkton, SK product Alec Zawatsky tied it up for Swift Current as he capped off a nice pass from Andrew Fyten by releasing a hard snap shot by Wheat Kings goaltender Jiri Patera.

Shots on goal favoured Brandon 14-10 but the score was knotted at ones at the first intermission.

The Broncos got into a little bit of penalty trouble in the second period. Defenceman Christian Riemer took a two-minute tripping minor and although Swift Current killed off the penalty, Brandon’s Cole Reinhardt slipped behind the Broncos defence and cut towards the goal before burying a low backhander by Joel Hofer to give the visiting club a 2-1 lead.

Ridly Greig tallied a late marker with 1:03 to go in the second to place the Broncos in a 3-1 hole through 40 minutes of game play.

Blue liner Zach Wytinck increased the Brandon lead to 4-1 when his slap shot found its way through traffic at the 9:01 mark of the third.

Shots on goal were 38-32 in favour of Brandon. The Wheat Kings power play went 0/4 while the Broncos were blanked on their lone man advantage opportunity.

Swift Current ends it’s five-game home stand posting a 1-3-1 record and will go west to take on the Lethbridge Hurricanes to close out the month of November. Puck drop is set for 8:00pm CT. 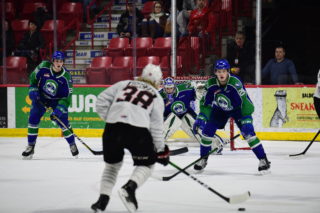 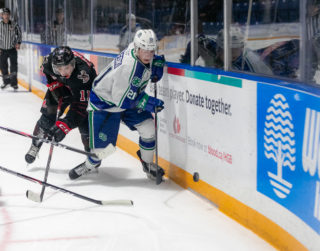 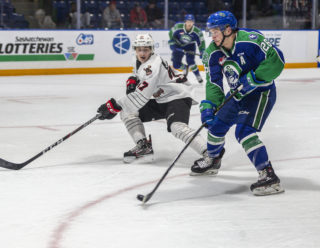 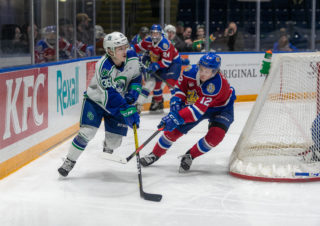 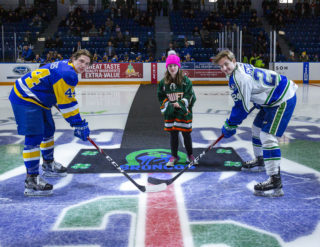