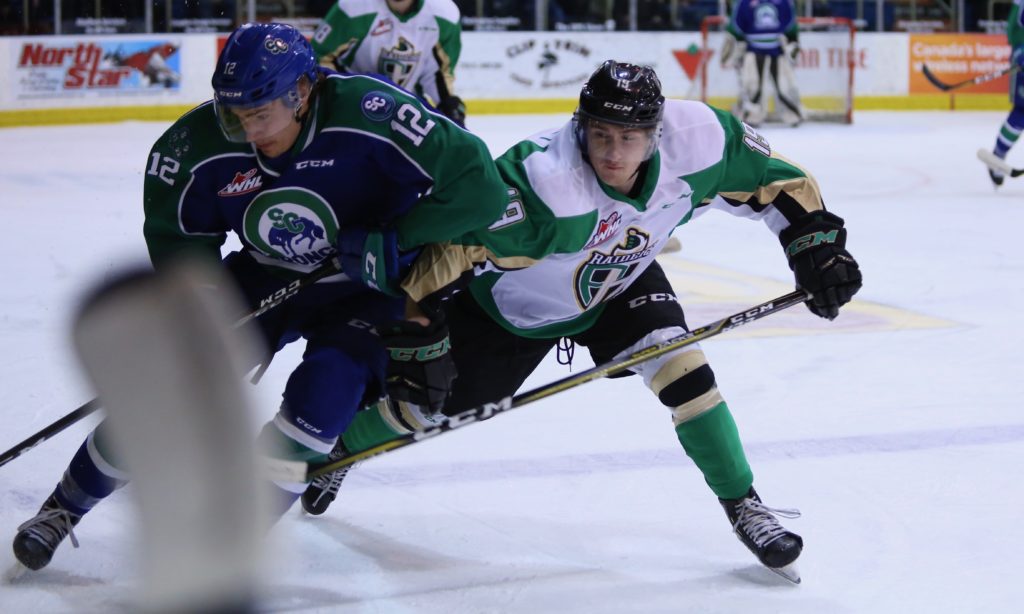 The Swift Current Broncos and Prince Albert Raiders will certainly get to know each other a lot this week as the East Division foes are on track to faceoff against one another three time over the next six days. Prince Albert took the first matchup on Tuesday night at the Art Hauser Centre by a score of 6-0.

Raiders forward Sergei Sapego wrapped up a 2-0 break with Cole Fonstad and scored to give Prince Albert a 1-0 lead five plus minutes into the first.

The Raiders second goal came 90 seconds later when Parker Kelly dumped off a pass to Dante Hannoun near the faceoff dot in Broncos territory and Hannoun ripped a shot by Broncos goaltender Riley Lamb.

With the Broncos playing better in the second period, the score remained 2-0 until there was less than nine minutes remaining in the period. Goals from Justin Nachbaur, Aliaksei Protas and Eric Pearce over a 2:20 range essentially put the game out of reach. Nachbaur’s and Protas’ goals came from redirections in front of the Broncos crease while Pearce’s marker arrived off a rebound from a Kaiden Guhle shot on goal.

Shots on goal were 39-24 in favour of Prince Albert. Swift Current’s power play went 0/3 while Prince Albert failed to click on both of their man advantage attempts.

Swift Current’s losing streak reached 15 straight after the loss but they get a shot at redemption when they duel these same Prince Albert Raiders at the Art Hauser Centre again on Friday, March 8th. Puck drop is set for 7:00pm CT.