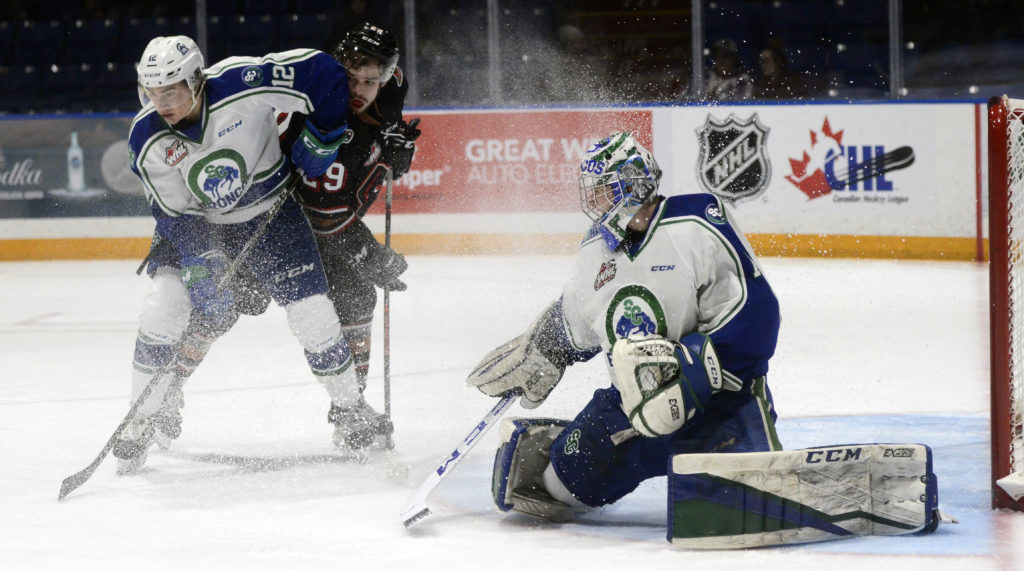 The Swift Current Broncos recent struggles continued into their Saturday night matchup against the Calgary Hitmen, dropping their 10th in a row after being dealt a 6-1 loss.

Calgary’s Luke Coleman took a centering ice feed from James Malm and quickly fired a low snap shot by the pad of Broncos goaltender Isaac Poulter to give Calgary a 1-0 lead.

The one-goal margin grew to two less than a minute later as defenceman Devan Klassen put a high shot on net from the left point that dazzled its way through traffic and by Poulter.

Swift Current did light the lamp at the 10:05 mark of the first period on the power play as Joona Kiviniemi netted his club-leading 15th goal. The Finnish Import saw a long rebound find his stick and he buried it past an outstretched Jack McNaughton.

With the score reading 2-1 going into the second period, Broncos forward Kye Buchanan received a four-minute double minor high-sticking infraction that was costly. Former Swift Current Broncos forward Kaden Elder scored from in close and then Ryder Korzak followed that up for the Hitmen’s fourth goal of the night only 22 seconds after Elder’s goal.

Third period markers from the Hitmen’s Jackson van de Leest and Malm thrusted Calgary to a 6-1 victory over Swift Current.

Shots on goal were 41-23 in favour of Calgary. The Hitmen netted three power play goals on six attempts while the Broncos finished one for three.

The Broncos will now head on the bus for a season-long seven-game road trip that begins out west with a Tuesday afternoon matinee game vs. the Edmonton Oil Kings. Note that puck drop is slated for 12:00pm CT/11:00am MT.