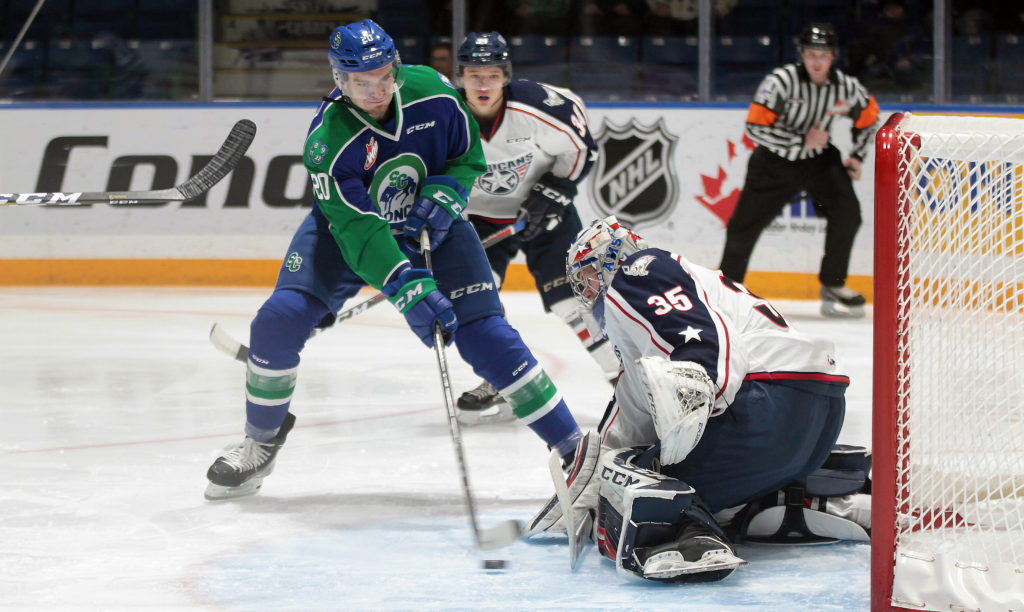 Swift Current met up with the Tri-City Americans on Wednesday night as the Broncos looked to extend their point streak at home to five games after recording a 2-0-1-1 mark over the past four home games at the Innovation Credit Union i-Plex.  Joel Hofer notched 20 saves but the Tri-City goaltender Beck Warm stopped every shot faced his direction in a 3-0 Americans win.

Broncos alternate captain Tanner Nagel had a glorious scoring chance from the low slot that didn’t pan out and the Americans took advantage going the other way as Isaac Johnson made a clean cross-ice pass to Kyle Olson for the first goal of the night.

Under a minute to go in the first, Tri-City struck again as Krystof Hrabik skated out from the corner in Broncos territory and zipped a hard wrist shot by Bronco netminder Joel Hofer to make it 2-0.

Swift Current began the second period shorthanded for 1:39 as Noah King received a cross checking minor before the period expired. The Broncos got some key saves from Hofer and returned to five-on-five play still trailing by a pair.

The Broncos offense created some good scoring chances, mustering 11 shots on goal but were held scoreless at the second intermission.

With 8:54 remaining in regulation time, the Broncos were awarded their fourth power play of the night when the Americans’ Tom Cadieux took a two-minute hooking penalty. Americans veteran goaltender Warm denied the Broncos on a couple scoring chances and Swift was never able to find twine as they dropped a 3-0 decision.

The Broncos edged the Americans on the shot clock 24-23. Both clubs combined to go 0/7 on their man advantages throughout the game.

Swift Current hits the ice again on Saturday, November 17th at the i-Plex when they welcome the Medicine Hat Tigers for the first of four meetings this season. Puck drop is slated for 7:00pm.