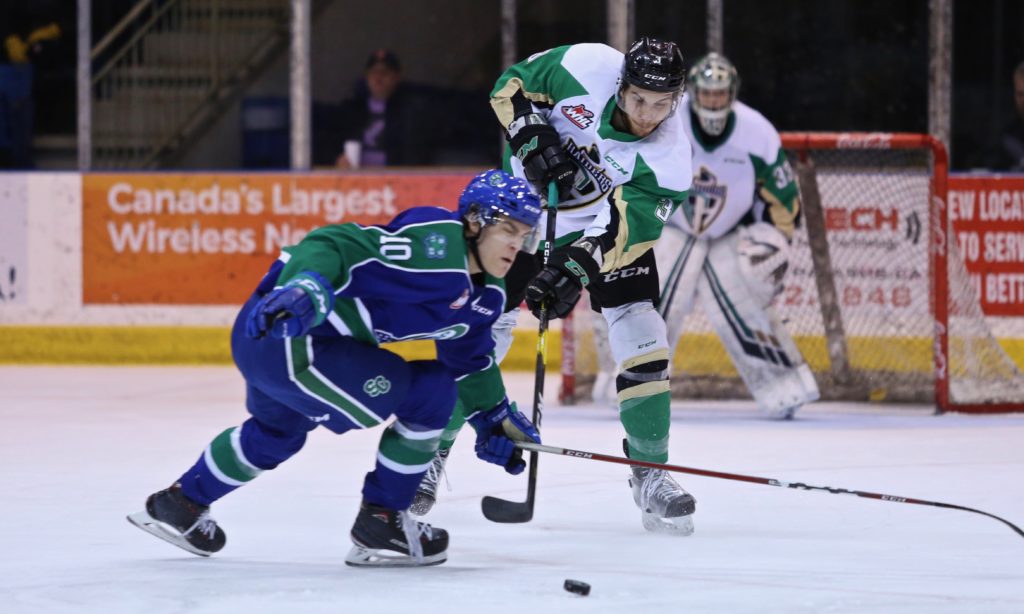 Prince Albert hasn’t been a kind place for the Swift Current Broncos as of late with the visiting Broncos being shutout for a second consecutive outing, this time by an 8-0 mark.

The Raiders scored early as defenceman Brayden Pachal pinched in from the point, made a cut towards the Broncos goal and beat goaltender Isaac Poulter to give Prince Albert a 1-0 lead.

Raiders centre Brett Leason doubled the Broncos deficit to 2-0 and that was followed up with Noah Gregor completing a wraparound move as Swift Current was staring at a three-goal deficit.

The Broncos trailed 4-0 heading into the second period after capturing only four shots on goal compared to 12 for the Raiders.

It didn’t get better for Swift Current as Prince Albert’s Cole Fonstad ripped one home to grow the lead to 5-0 two minutes into the second.

Goals from Parker Kelly and Spencer Moe completed a three-goal second period for the Raiders and unfortunately for the Broncos, nothing went their way on Friday night as they were handed an 8-0 shutout loss.

Shots on goal were 48-14 in favour of the Raiders. The Broncos went scoreless on their one power play try while the Raiders finished 0/3 on the man advantage.

Swift Current will have to evaporate this game and get prepared to close out their seven-game road trip on Saturday night against the Saskatoon Blades at the SaskTel Centre. Puck drop is set for 7:00pm CT.