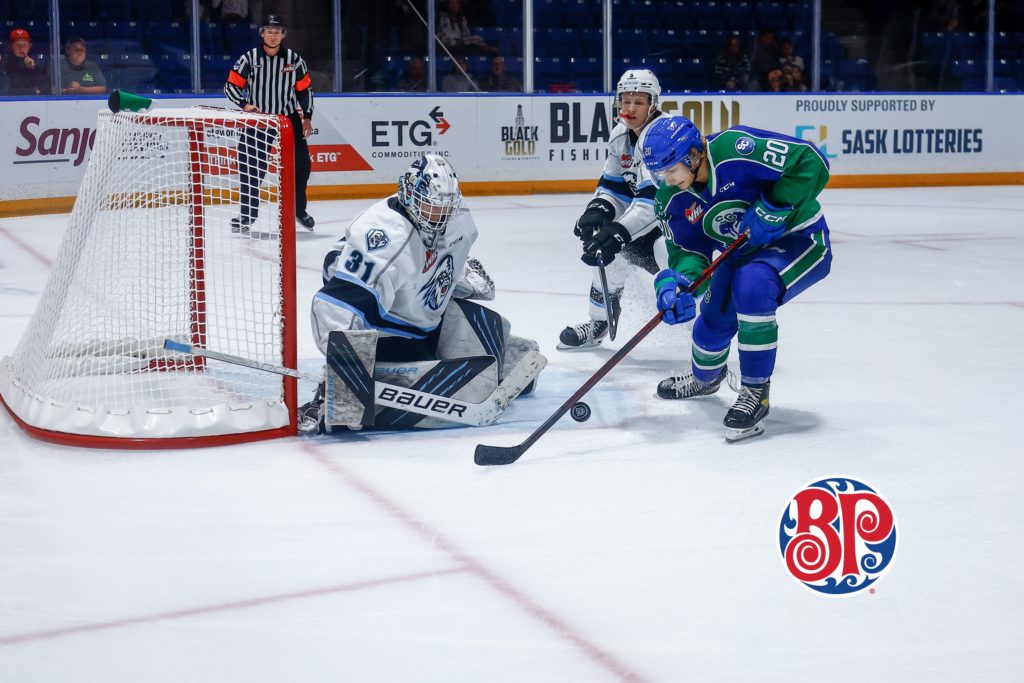 The first goal of the game didn’t come until late in the first period. After winning a faceoff in their own zone, the ICE fired the puck up the boards and out to centre to create a quick two-on-one rush. Connor McClennon slid the puck across to Zach Benson who beat Gage Alexander through the five hole with 5:22 left in the first.

Swift Current then ran into penalty trouble, taking two penalties just 16 seconds apart to give Winnipeg a lengthy five-on-three power play. Owen Pederson tapped in a centring pass from McClennon during the two-man advantage to push Winnipeg’s lead to 2-0 after one period.

The ICE then added to their lead with another power play goal 6:08 into the third period, this time McClennon was the goal scorer as he leaned into a one timer from the top of the left circle.

The Broncos had no shortage of chances over the course of the game, including a quick two-on-one for Josh Davies and Raphael Pelletier, but Daniel Hauser was equal to the task at every turn.

Clarke Caswell had another grade A chance late in the period, but was denied by the shoulder of Hauser as the Broncos went into the second intermission trailing 3-0.

Winnipeg then scored a shorthanded goal early in the third period as Evan Friesen beat Alexander over the glove on a breakaway, adding to their lead.

Benson rounded out the scoring for Winnipeg with a third power play goal to make the final 5-0.

Swift Current looks for a rebound performance on the road against the Saskatoon Blades (2-0-0-0) tomorrow night. Announced attendance was 1,672.