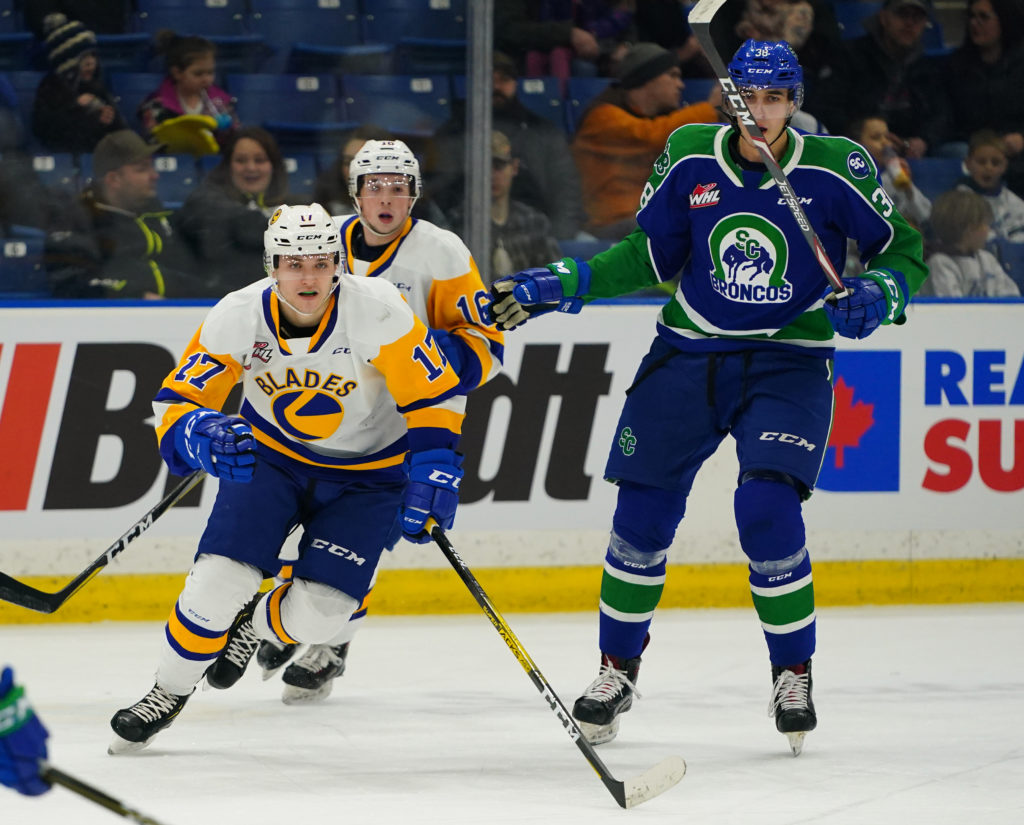 Saskatoon got on the board first as Martin Fasko-Rudas’ wrist shot deflected off a stick and ramped up over the glove of Isaiah DiLaura 7:34 into the first period.

The Broncos found themselves shorthanded not long after, and the Blades added to their lead. Tristen Robins took a hard shot from the right circle that hit the back post and bounced out giving Saskatoon a 2-0 lead.

Isaac Poulter took over in the net following the goal.

Saskatoon added to their lead in the second as Riley McKay raced in after a dump in, hooked the puck to the front of the net for Colton Dach who slid his sixth of the season through Poulter’s five hole to push the Blades lead to 3-0.

The Blades clogged up shooting lanes over the course of the second period, allowing the Broncos just two shots on net in the middle 20 minutes.

Saskatoon added two more goals two minutes apart in the third period as they held the Broncos to 14 shots in the 5-0 final.

The Broncos will look to rebound tomorrow night when they host the Blades at the Innovation Credit Union iPlex.