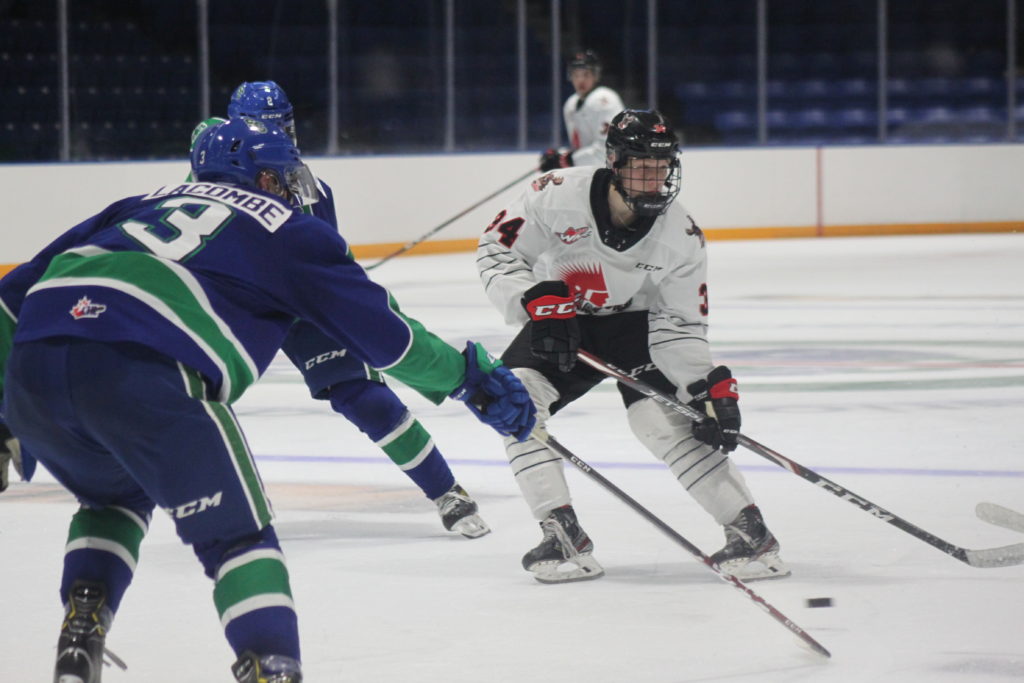 Swift Current, Sask. – The Swift Current Broncos fell 6-1 in their pre-season opener against the Moose Jaw Warriors on Friday night. The Warriors went 3-for-7 on the man advantage in the win.

Kade Runke opened the scoring by finishing off a 2-on-1 rush with a pass across the crease, beating Joey Rocha on the glove side 5:04 into the first period.

The Broncos settled down more as the first period went along and eventually cut into the lead. After forcing a turnover along the right-wing boards in the Moose Jaw end, Braeden Lewis spotted Owen Pickering pinching in from the blue line and fed him the puck in the slot. Pickering pulled the puck to his backhand and lifted it over the glove of Brett Mirwald to cut Moose Jaw’s lead in half after the first period.

The penalty trouble cost the Broncos in the middle frame as Moose Jaw would score all three of their power-play goals in that second period and outshoot the Broncos 20-4.

Runke scored his second of the game by batting a rebound out of mid air for the first Warriors goal, before Nathan Pilling jumped on a rebound nearly six minutes later.

Robert Baco capped off the second-period scoring for Moose Jaw with a hard shot from the right circle that beat Rocha under the glove to push Moose Jaw’s lead to 5-1 after 40 minutes.

Pilling scored his second of the game in the third period, capitalizing on a turnover deep in the Broncos zone to finish off the scoring.

Final shots read 49-15 in favour of the Warriors.

Swift Current is back in action Saturday night when they travel to Moose Jaw for a rematch.