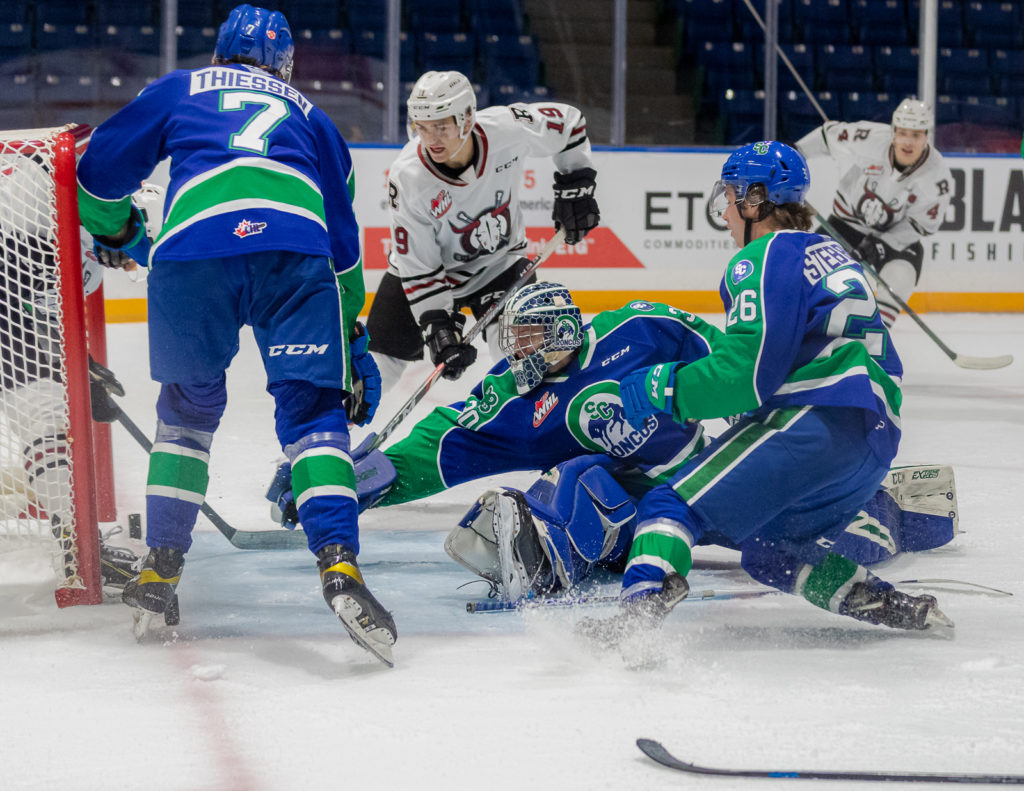 SWIFT CURRENT, Sask. – The Swift Current Broncos (2-1-0-0) had a slow start against the Red Deer Rebels (2-1-0-0) Tuesday night and found themselves playing catchup all game in a 5-1 loss.

The Broncos fell behind early as just 2:55 into the game the Rebels opened the scoring. After a lengthy shift in the Broncos end, Ethan Rowland beat Reid Dyck over the blocker from the slot to open the scoring.

Blake Stevenson added to Red Deer’s lead less than three minutes later, finishing off a 2-on-1 rush by beating Dyck over the glove to make it 2-0.

Each team had numerous chances throughout the first with Caleb Wyrostok having the best Broncos chance, racing down the left wing and stepping around a defenceman before lifting a shot just over the net.

Sam McGinley also had a strong backcheck, breaking up a 3-on-1 rush for Red Deer by diving and knocking the puck away from the trailer. The shots read 13-8 Rebels after one.

After Jayden Grubbe pushed the Rebels lead to 3-0 with a power-play goal 6:40 into the second, frustration started to creep in for the Broncos.

It came to a head at the 9:24 mark of the period when Mathew Ward, Chase Lacombe and Grubbe were all given 10-minute misconducts after multiple post-whistle scrums. Ward was eventually given a game misconduct at the start of the third period.

Arshdeep Bains scored on a penalty shot not long after the misconducts were handed before Jace Weir pushed Red Deer’s lead to 5-0 after two periods of play.

The third period was unquestionably the Broncos strongest of the game, limiting the Rebels to seven shots while getting on the scoreboard.

After the Rebels turned the puck over behind their net it came in front for Josh Filmon who spun and fired it past the glove of Chase Coward, ending the shutout bid for the Rebels goalie.

Red Deer outshot the Broncos 41-19 on the night. The Broncos will now get set to host the Edmonton Oil Kings (1-1-0-0) on Friday night before hitting the road for a Sunday afternoon game in Calgary.