Boston Pizza Recap: Broncos fall 5-2 on the road to Pats 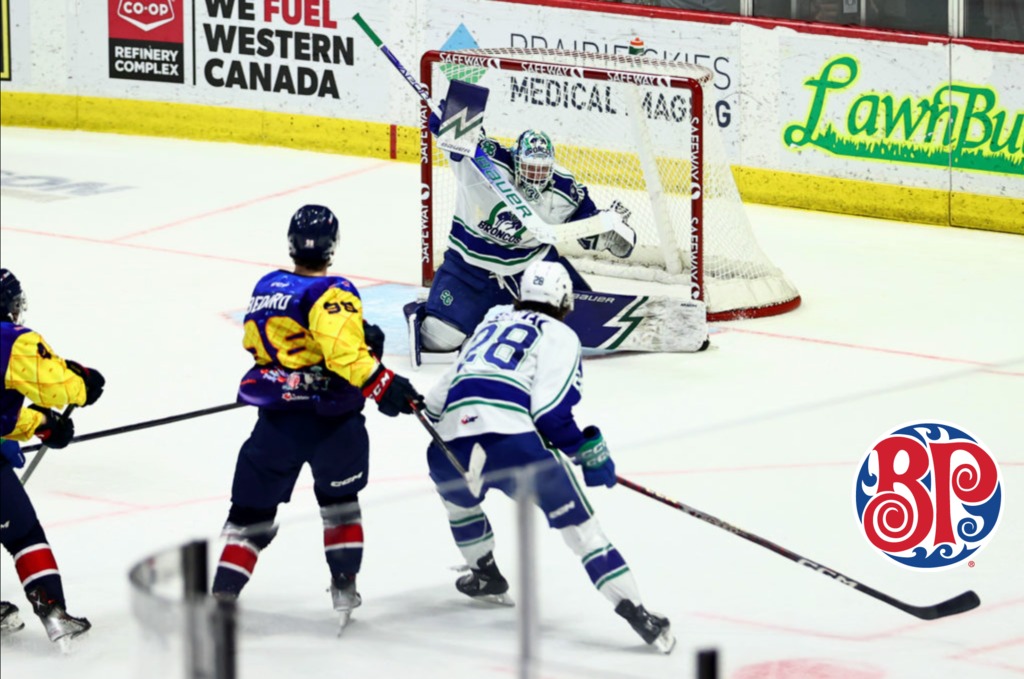 It was a tough start to the game as Regina took the lead just 1:15 in. A bouncing puck in the Broncos zone ended up on the tape of Tanner Howe between the circles and he lifted a shot over Reid Dyck’s blocker, giving the Pats the early lead.

After weathering a strong push by Regina over the game’s first six minutes the Broncos were able to tie the game. Some good forechecking by Josh Filmon along the boards in the Regina zone saw him knock the puck free as it slid up toward the high slot.

It was picked up by Clarke Caswell who snapped a shot off the post and in, beating Drew Sim to tie the game 6:06 into the first period.

Swift Current ran into some penalty trouble late in the period, first receiving a four-minute slewfooting penalty before getting called for tripping, giving Regina 1:29 of five-on-three time to work with.

The Pats would take advantage as Alexander Suzdalev fired home a one timer from the right circle to give the Pats a 2-1 lead heading into the second period.

The Broncos had a great start to the middle frame, hemming the Pats in their own zone and creating some looks on Sim, but a pass down the board was broken up by Stanislav Svozil who then fed it ahead for Connor Bedard on a breakaway. He made no mistake, adding to Regina’s lead just 2:12 into the second period to make it 3-1.

Swift Current’s chances in the second period were limited, but one of them saw Josh Davies robbed on a cross-crease pass by the blocker of Sim as the Broncos trailed 3-1 after 40 minutes.

Much like the second period, the Broncos had another strong opening sequence to the third period, but another turnover proved costly.

After killing off a Regina power play, Adam McNutt stepped out of the penalty box and took a stretch pass for a breakaway, but was denied by the right pad of Sim as he tried to pull the puck to his backhand.

A few minutes later, a bobbled puck at the Regina blue line resulted in a two-on-one for the Pats with Suzdalev feeding Bedard, and the Pats captain lifted a shot over the shoulder of Dyck from in tight giving Regina a 4-1 lead 7:04 into the third.

After back-to-back Regina penalties the Broncos would score to cut into the lead. Connor Gabriel skated through the neutral zone before getting to the left circle of the Pats zone, sending a hard shot on net that beat Sim under the glove as Gabriel scored his first WHL goal to make it 4-2.

Regina responded quickly however as Matteo Michels took a centring feed from the corner off the rush, scoring his first WHL goal with 3:34 to give the Pats a 5-2 lead and ice the game.

The Broncos look to rebound Sunday afternoon in a 4:00 start on the road against the Medicine Hat Tigers (18-21-5-1).