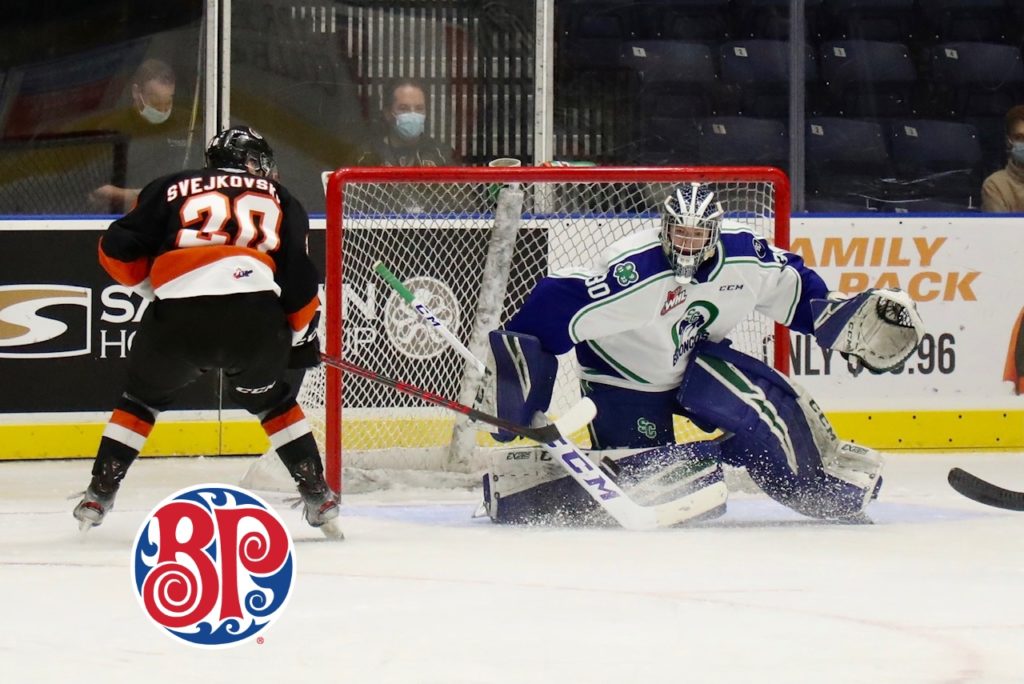 MEDICINE HAT, Alta. – The Swift Current Broncos (2-4-1-1) held a 4-3 lead heading into the third period, but the Medicine Hat Tigers (3-3-0-1) tied the game in the third before Lukas Svejkovsky scored the overtime winner, handing the Broncos their sixth loss in a row.

Mathew Ward opened the scoring just 3:17 into the game, taking a breakaway pass from Brady Birnie and beating Garin Bjorklund through the five hole for his fourth goal of the season.

Swift Current ran into penalty trouble in the later stages of the first period and the Tigers made them pay. On a five-on-three power play, Owen McNeil knocked in a loose puck to tie the game 1-1 heading into the second.

On another power play early in the second, Bogdans Hodass beat Reid Dyck on the glove side from the high slot to give the Tigers the lead.

Brady Birnie pulled the Broncos even with his first career WHL goal five minutes later, pouncing on a loose puck at the top of the crease.

Connor Hvidston then scored his first career goal, beating Bjorklund under the blocker on a two-on-one rush to put the Broncos back on top with just over seven minutes to go in the second.

Just over a minute later, Medicine Hat tied the game with another power-play goal as Corson Hopwo took a cross-seam feed and beat Dyck over the blocker from the left circle to tie the game.

Rylan Gould then restored Swift Current’s lead with his first WHL goal, beating Bjorklund on the blocker side with a shot from the slot to put the Broncos up 4-3 heading into the third period.

Teague Patton tied the game 8:24 into the third period on a backhand shot from the slot as the Broncos saw their lead evaporate.

Nearly halfway through the overtime period, Lukas Svejkovsky saw an opening and raced between two Broncos defenders before beating Dyck on the glove side to complete the comeback and win the game for Medicine Hat.

The Broncos return home to the Innovation Credit Union iPlex to host the Calgary Hitmen on Friday night before a rare Saturday night off.