Boston Pizza Recap: Broncos fend off Tigers for 3-2 win on the road 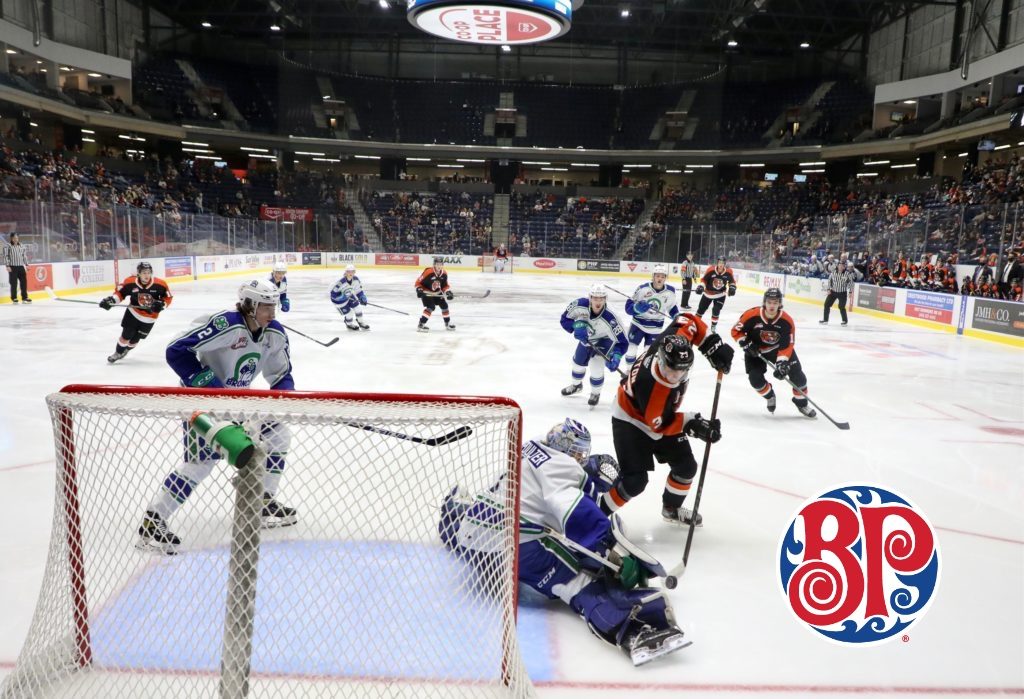 After a strong opening push by the Tigers, the Broncos opened the scoring off a turnover.

Mathew Ward slid the puck across the crease on the backhand to a wide-open Caleb Wyrostok who one timed home his first goal of the season 3:17 into the game.

After the Tigers took back-to-back penalties Swift Current would add to their lead. Just seven seconds into the power play, Rylan Thiessen spotted Josh Filmon at the side of the net and sent the puck down low.

Filmon shoveled the puck towards the net and the puck slid through the five hole of Garin Bjorklund to extend the Broncos lead to 2-0 just over seven minutes into the game.

Connor Hvidston had a shorthanded breakaway in the first period but was stopped by the paddle of Bjorklund to keep it 2-0.

Raphael Pelletier pushed the Broncos lead to 3-0 with just 19 seconds left in the period, taking a drop pass off the rush and beating Bjorklund over the glove to give Swift Current a 3-0 lead after 20 minutes of play.

The Broncos continued to rack up the chances in the second period including partial breaks by Pelletier and Jordan Borysiuk, but Bjorklund stood tall in the Tigers crease to keep his team within striking distance through 40 minutes.

After another Pelletier breakaway in the third, the Tigers started to ramp up the pressure. Poulter made his finest save of the night off a turnover in the Broncos zone by diving over to left to take a Tigers goal away with the glove on a cross-crease play.

Just over the halfway mark of the third, while on a power play, Lukas Svejkovsky was the recipient of a blocked shot that deflected to him and ended Isaac Poulter’s shutout streak at 141:06 dating back to 20-21.

Medicine Hat continued to press and with Bjorklund on the bench for the extra attacker, Svejkovsky scored off a shot from the right circle to cut the Broncos lead to one with 2:38 remaining.

Swift Current was able to hold the Tigers off after the goal, holding on for the 3-2 win to sweep their season-opening weekend for the first time since 2014-15.