Boston Pizza Recap: Broncos have no luck in loss to ICE 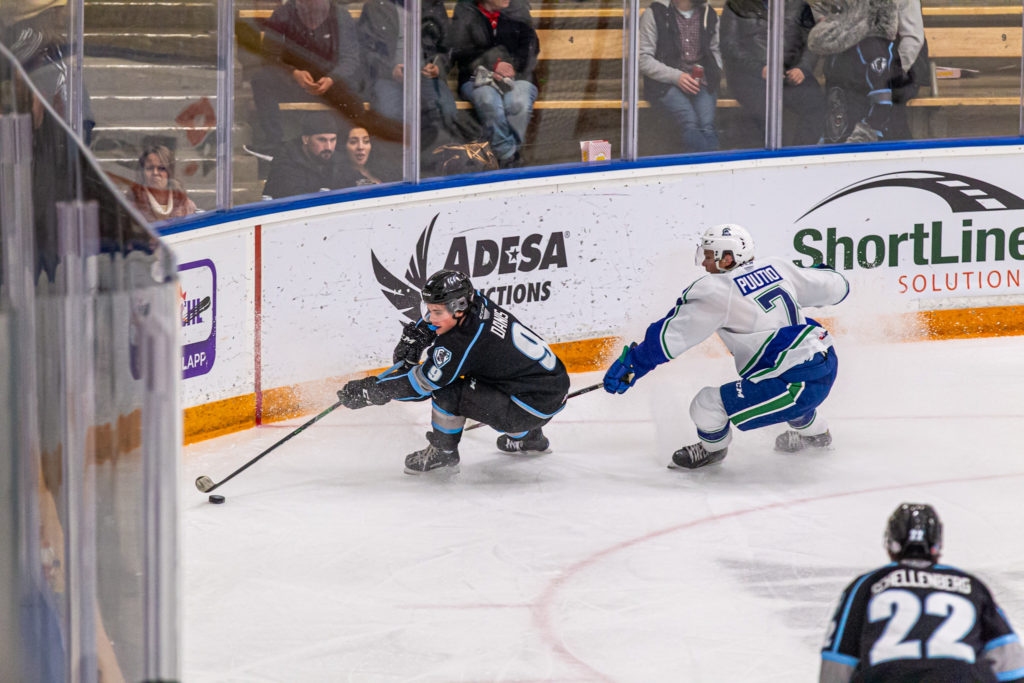 Swift Current had an early chance on the power play against the league’s last-ranked penalty kill, but couldn’t take advantage. Just nine seconds after the penalty ended, the ICE opened the scoring.

Nolan Orzeck took a pass from goaltender Dean McNabb and flew down the right wing into the Broncos zone. Isaac Poulter went down to cover the post, but left enough daylight in the top corner for Orzeck to open the scoring 7:05 into the game.

The score remained 1-0 until the opening minute of the second. Just five seconds into the period Hayden Ostir was called for roughing.

It took Winnipeg just 27 seconds to take advantage as Connor McClennon gained the Broncos line on the right wing and sent a backdoor pass to Brad Ginnell.

Poulter made a sprawling pad save, but was unable to stop the rebound chance for Nino Kinder who made it 2-0.

Ostir then hit the post on a partial break later in the period before the ICE added another goal.

Jackson Leppard was the trailer on a 3-on-2 rush and was able to sneak a shot through the five hole of Poulter that just barely slid over the goal line nearly halfway through the period.

Trailing 3-0 heading into the third, the Broncos hit a pair of crossbars off shots from Joona Kiviniemi and Brecon Wood that sailed into the netting.

Winnipeg added another goal off an end wall bounce with two and a half minutes left to make it 4-0.

The Broncos now get set to face the Lethbridge Hurricanes for the first of eight meetings against their new Central-Division rival Wednesday night at the Enmax Centre.