Boston Pizza Recap: Broncos outmatched by Raiders on the road 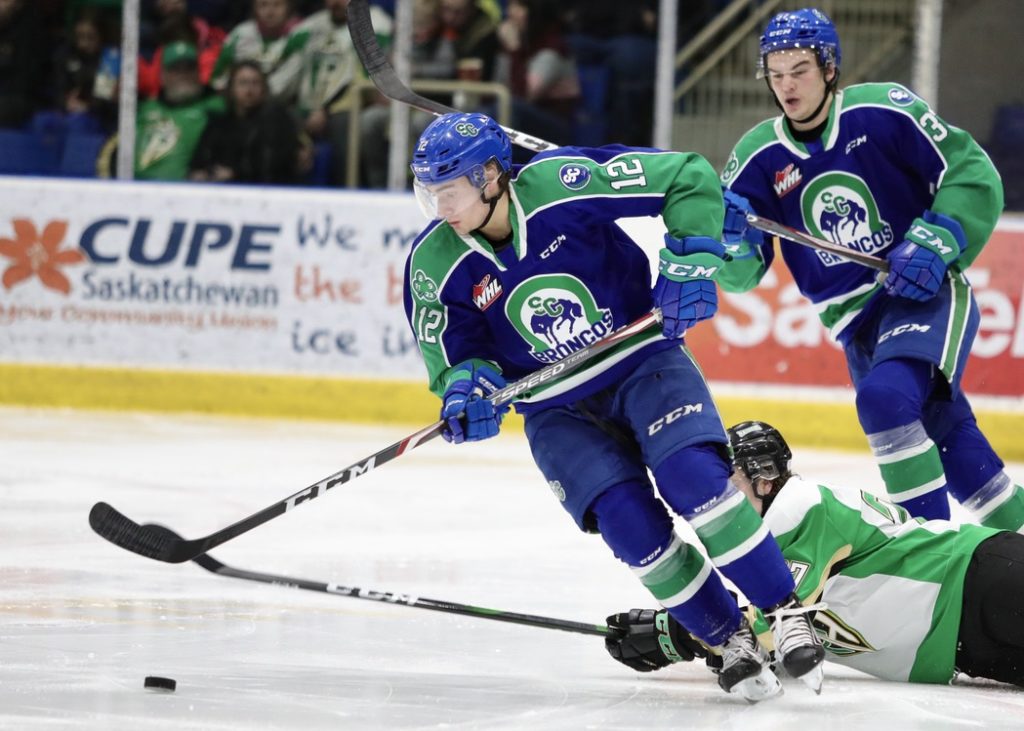 Aiden Bulych was robbed by the blocker of Max Paddock just 90 seconds into the game after taking a rink-wide feed on an odd-man rush. Paddock dove over to his right and somehow got the blocker up to take away the opening goal of the game.

Prince Albert built momentum as the period went on, hemming the Broncos in the defensive zone for extended shifts before opening the scoring.

Zack Hayes took a shot from the right point that was stopped by Isaac Poulter, but the rebound went right to Michael Horon who tapped it in 14:07 into the first.

The Raiders went to the power play less than 30 seconds later and Aliaksei Protas slid a no-look backhand pass from the goal line to Ilya Usau who made it 2-0 heading into the intermission. The shots were 11-2 through 20 minutes.

Prince Albert added another power-play goal 4:42 into the second as Protas and Ozzy Weisblatt cashed in on a give-and-go rush through centre to push the Raider lead to 4-0.

After more than 10 minutes with no goals, Prince Albert scored twice in 2:15 with Matthew Culling and Brayden Watts lifting the Raiders to a 5-0 lead through 40 minutes.

The third period saw the Broncos have more chances as they outshot the Raiders 8-7 over the final 20 minutes, but Swift Current couldn’t solve Max Paddock who finished with a 13-save shutout.