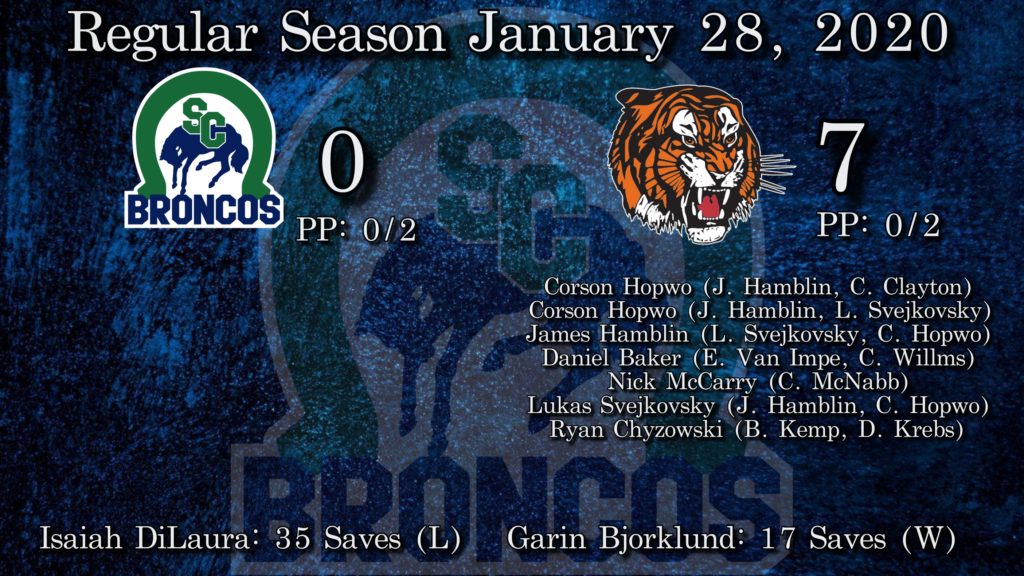 The Tigers scoring came in bunches in the first period, as Corson Hopwo scored twice with James Hamblin and Daniel Baker adding singles in a 5:24 stretch to put the Tigers head 4-0 a little over the halfway mark of the first.

Nick McCarry added a fifth as the Broncos found themselves in a 5-0 hole after the opening 20 minutes. Raphael Pelletier hit the post when the score was 2-0, the Broncos best chance in the period.

Kaleb Bulych nearly got the Broncos on the board early in the second, busting up the middle in the Tigers zone and coming in alone on Garin Bjorklund, but the Tigers goaltender calmly slid to his right to make the stop on the partial breakaway.

Despite a handful of odd-man rushes through the opening 40 minutes, the Broncos had just 12 shots on net through two periods while the Tigers added two more to take a 7-0 lead into the third.

Neither goaltender allowed a goal in the third as Bjorklund recorded his first career WHL shutout in the 7-0 win.

The Broncos host the Tigers Friday for Downie Wenjack night at the iPlex.