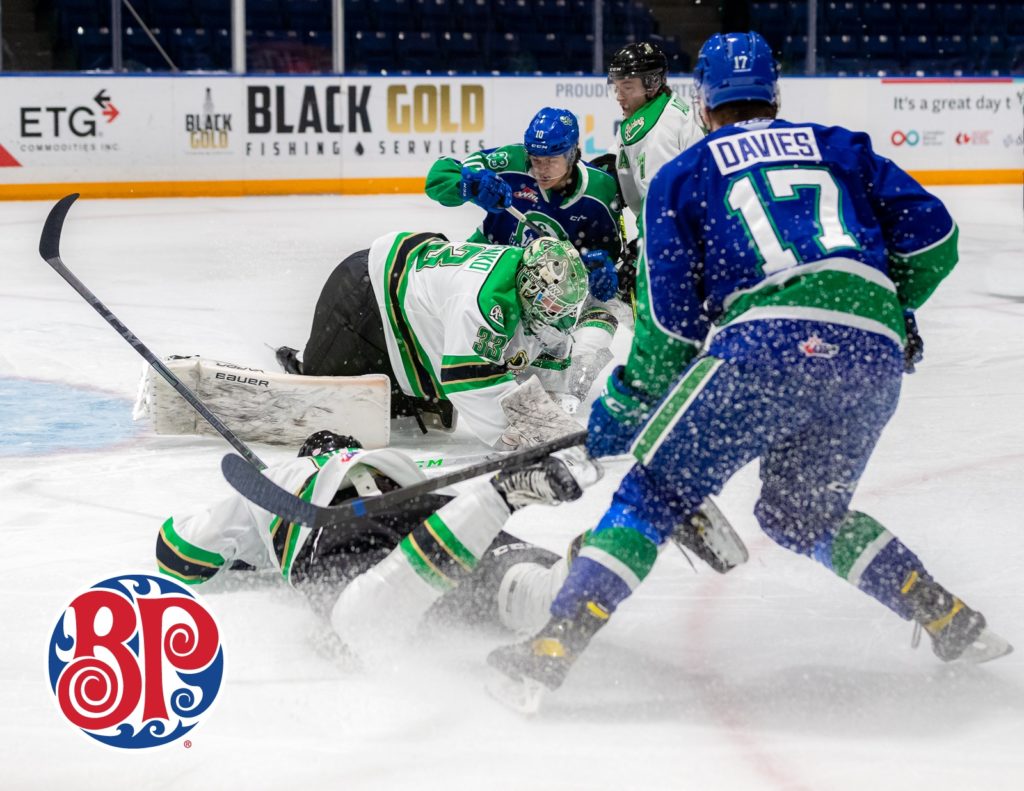 Evan Herman opened the scoring for Raiders 5:58 into the game, taking a feed from Ozzy Wiesblatt in the slot and beating Reid Dyck over the blocker for his third of the year.

The Raiders added to their lead later in the period on a fortunate bounce. The Broncos won a faceoff on the blocker side of Dyck, but the puck deflected off a Bronco skate and right to Dallyn Peekeekoot alone in front and he fired home his second goal of the year to push the game to 2-0.

Swift Current began the second period shorthanded after a late penalty in the first and Prince Albert padded their lead. A Broncos clearing attempt hit a friendly skate and deflected to the boards, allowing the Raiders to work the puck across the blue line and sent it to the net.

Peekeekoot was standing off to the side of Dyck and was able to deflect the shot under the glove of the Bronco goaltender to give the Raiders a 3-0 lead.

The Broncos stopped the bleeding with a power play goal of their own near the halfway mark of the second period. After Rayan Bettahar gathered the puck below the goal line, he sent it to the right circle for Josh Filmon.

Filmon then slid it across the slot to Owen Pickering who was all by himself in the left circle and he had an open net for his third goal of the season to cut the Raiders lead to 3-1.

The game remained 3-1 until the final minute of the game when Tyson Laventure hit the empty net from centre ice to seal a Raiders win.

The Broncos have another full week of practice ahead of them before welcoming the league-leading Winnipeg ICE (15-1-0-0) on Friday.