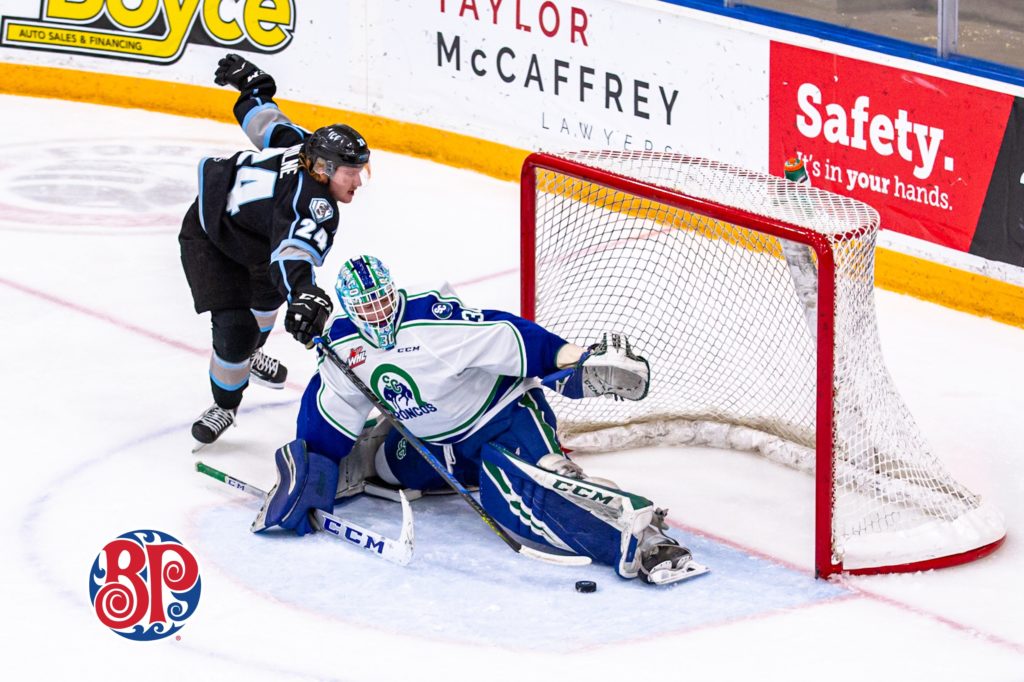 The Broncos nearly opened the scoring two minutes into the game as Winnipeg goalie Gage Alexander misplayed the puck behind his net, but as Josh Davies pulled the puck in front he couldn’t backhand it into the open cage.

The ICE opened the scoring a few minutes later while on the power play. Jakin Smallwood took a pass from the left point and spun to fire it on net. Reid Dyck made the save with his left pad but Smallwood got his own rebound and slid it in to open the scoring 6:23 into the game.

Dyck made a number of marvelous saves over the course of the opening 20 minutes to keep his team within striking distance. The shots read 22-5 after one with Winnipeg leading 2-0.

Connor McClennon skated out from behind the Broncos net and found some daylight over the blocker of Dyck, firing a shot in for his 16th of the season.

The ICE power play was on display in the second period as they scored three times in the opening 4:51 of the period to jump out to a 5-0 lead. They would finish the night 4-for-8 on the power play, adding to their league-leading power play totals.

Winnipeg added two more goals, one in the second and one in the third, while Gage Alexander turned aside all 23 shots sent his way as the Broncos were shutout for the first time this season.

The Broncos now return home to the Innovation Credit Union iPlex to welcome the Moose Jaw Warriors (8-10-0-1) in the first half of a weekend home-and-home set.