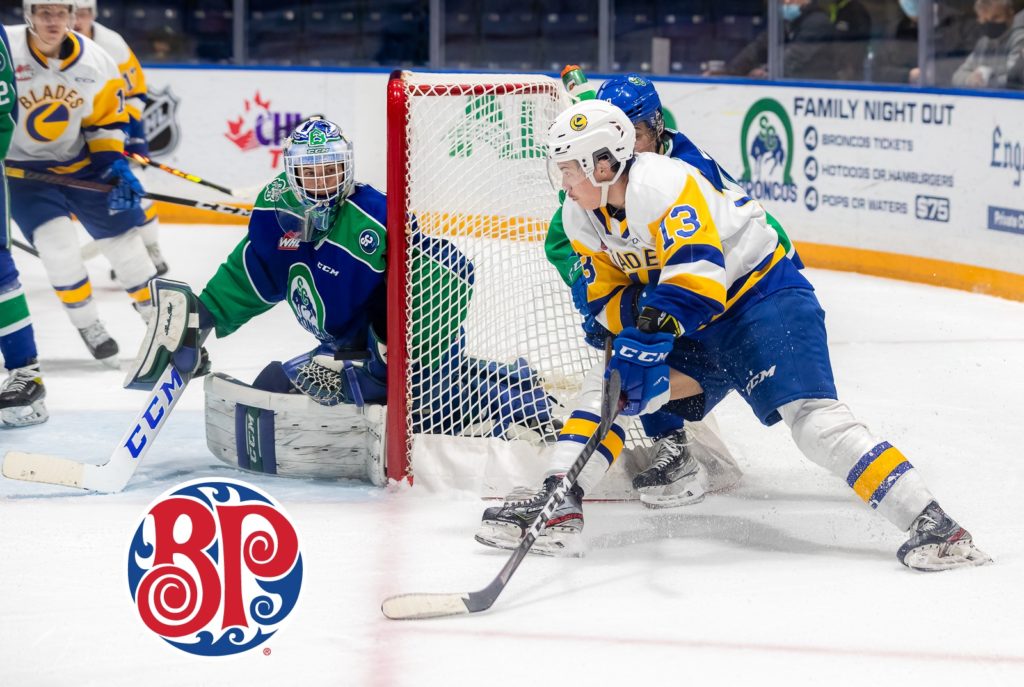 Mathew Ward opened the scoring 5:36 into the first period while on the power play. Just six seconds into the man advantage, Cole Nagy provided a fly-by screen of Nolan Maier as Ward let a shot go from the blue line, firing it past the glove of Maier to give the Broncos the lead.

The shots read 14-7 after 20 minutes, but the Broncos carried that 1-0 lead into the intermission.

Swift Current took back-to-back penalties early in the middle frame, but the penalty kill responded nicely to keep the Blades at bay.

Later in the period the Blades couldn’t corral a bouncing puck inside their own zone, allowing Josh Filmon to pick it up. Filmon toe dragged around a Blades defenceman before sliding the puck over to Raphael Pelletier who deflected it over the blocker of Maier to push the Broncos lead to 2-0.

Josh Filmon added a goal of his own in the third period, toe dragging around a poke check and firing a shot past the blocker of Maier to give the Broncos a 3-0 lead with 6:30 remaining.

The Blades pulled Maier for the extra attacker with over three minutes to go, but the Broncos did an excellent job of not allowing the Blades to get set up in the zone and killed off the clock to clinch the 3-0 win.

The win wrapped up a six-game homestand for the Broncos in which they posted a 4-2 record. The Broncos begin a busy week on Monday with a travel day to Brandon ahead of the second meeting with the Wheat Kings (7-10-0-0) on Tuesday.