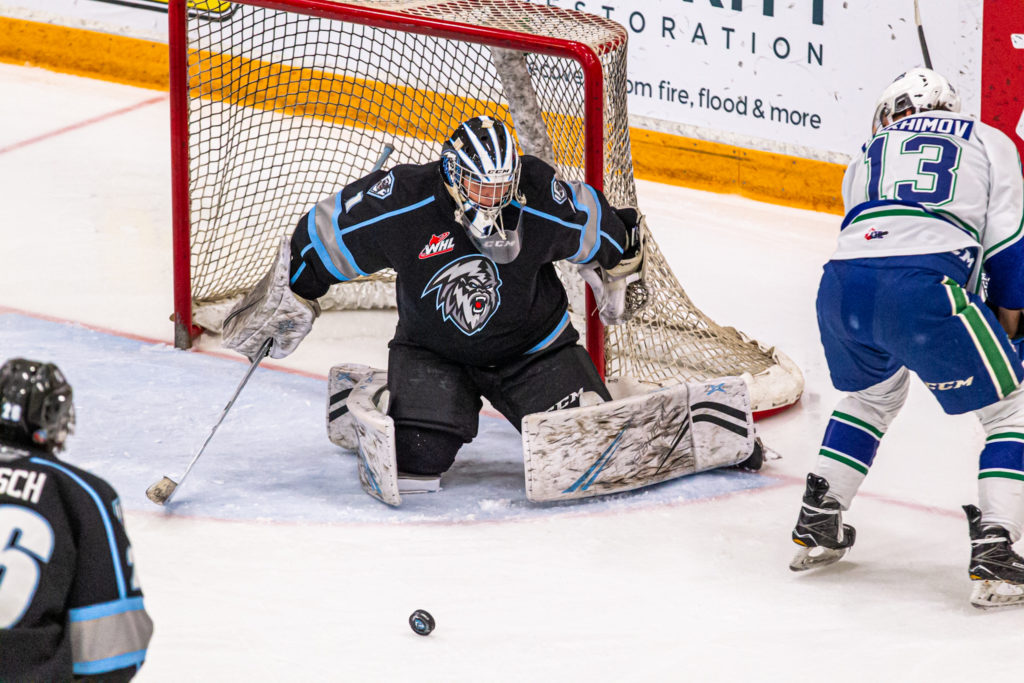 A scoreless first period saw Isaac Poulter make two big stops on cross-crease plays to keep the Broncos even with the ICE after the opening period.

The ICE opened the scoring in the second when Jakin Smallwood took a rink-wide pass and fired it into an open net on Poulter’s glove side 6:41 into the period.

The Broncos didn’t take long to tie the game after Justin Svenson blocked a shot in his own zone and chased the rebound all the way into the Winnipeg zone. Svenson dropped for Aiden Bulych who centred for Raphael Pelletier and he fired it past the glove side of Jesse Makaj to tie the game.

Five minutes later the ICE regained their lead. Isaac Johnson’s shot from the slot went off the post and the rebound was sitting in the crease for Jackson Leppard who gave the ICE the lead with 5:20 left in the period.

Once again Swift Current battled back to tie it. After Jaxan Kaluski caught an ICE defender flat footed at the Broncos blue line, he raced into Winnipeg’s end on the left wing.

As the other defender cut across to take away Kaluski’s shooting lane, he dropped the puck to Hayden Ostir who fired a wrist shot past Makaj with 3:21 left in the period.

With the game tied at two heading into the third, Kaluski was called for hooking just 40 seconds into the period and Peyton Krebs made the Broncos pay as his weak wrist shot beat Poulter through the five hole to give the ICE a lead they wouldn’t relinquish.

The ICE sealed the game with a goal after a turnover at the Broncos blue line with just 2:34 remaining.