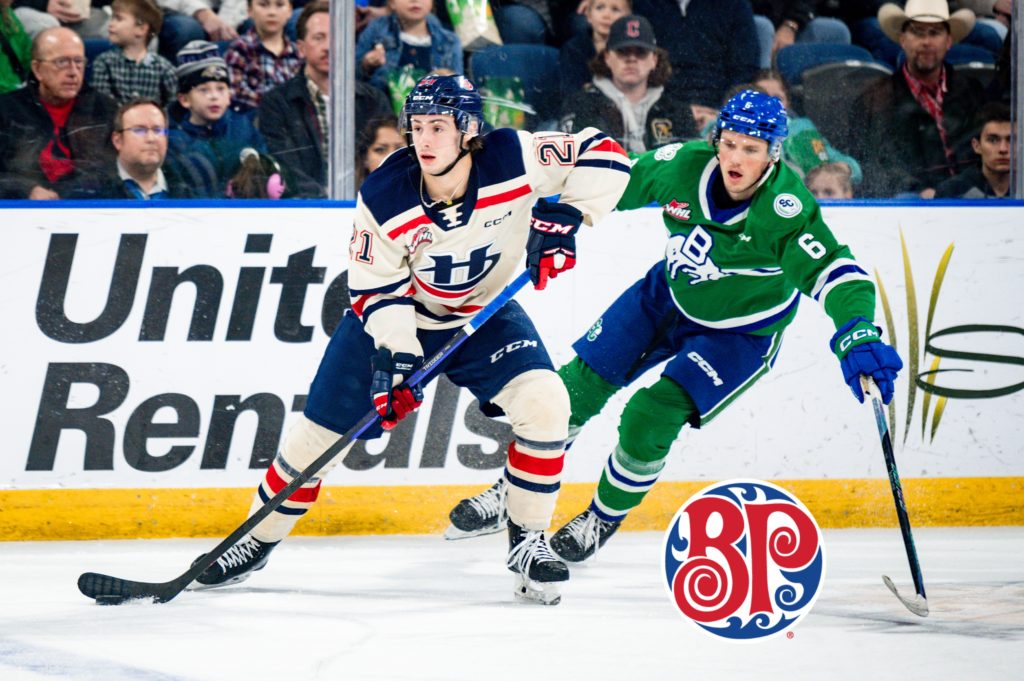 Swift Current got off to a great start in the game, scoring just 62 seconds after puck drop. Caleb Wyrostok was skating across the slot and threw a backhand shot toward the net, sneaking it through the five hole of Harrison Meneghin for his 12th of the season. Connor Hvidston and Brady Birnie drew assists.

A turnover behind the Broncos net was centred, but Reid Dyck blocked the pass with his stick. As he went to cover the puck for a whistle, it was knocked free by Anton Astashevich and Blake Swetlikoff fired it into the open net, tying the game with 3:38 to go in the period.

Swift Current was then called for their first penalty not long after and the Hurricanes took advantage. Jett Jones fed the puck across the goal line to the crease and Tyson Laventure lifted a backhand shot in tight over the shoulder of Dyck, giving Lethbridge a 2-1 lead heading into the intermission.

After a lengthy shift in the defensive zone early in the second period, the Broncos tied the game at two. Braeden Lewis picked up the puck in front of the penalty boxes and fed it ahead for Josh Davies who was behind the defence. Davies snapped a shot past Meneghin’s blocker on the breakaway to pull his team even 4:12 into the period.

Much like in the first period, the Hurricanes scored twice in quick succession midway through the second. The first came off an intercept along the right-wing boards as Tristen Doyle picked off a clearing attempt before centring for Hayden Smith who fired a shot under the blocker of Dyck at 12:23.

A minute later, after back-to-back icing calls against Swift Current, Chase Pauls skated in from the blue line off a faceoff win and snapped a shot past Dyck’s glove from the slot, giving Lethbridge two goals In 1:11 and a 4-2 lead.

Hvidston pulled his team to within one in the final minute of the period, tapping a perfect redirect pass from Wyrostok into an open net with 14 seconds remaining as the Broncos went into the third period down 4-3.

Swift Current had a great start to the third period, but an unfortunate bounce led to a Lethbridge goal. After a lengthy shift in the Hurricanes zone, the puck came up to the blue line for Owen Pickering, but bounced off his stick and sent Laventure off on a breakaway.

Laventure slid the puck through the five hole of Dyck, giving Lethbridge a 5-3 lead one minute into the third period.

The game remained 5-3 into the final minutes and the Broncos pressured Lethbridge heavily with the net empty for the extra attacker, but weren’t able to cut into the lead and dropped a 5-3 game.

Swift Current looks to get back into the win column on Friday as they meet the Calgary Hitmen (21-12-3-1) at the Scotiabank Saddledome on Friday.