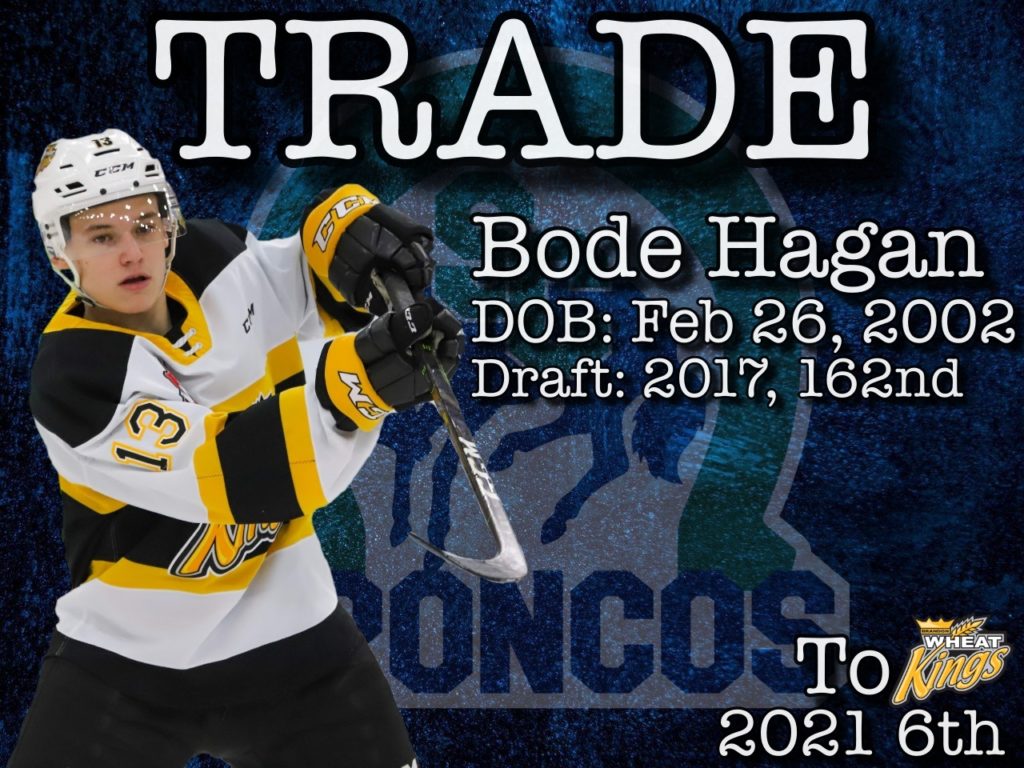 Hagan, from Alsike, Alberta, is in his rookie season in the Western Hockey League and has recorded four assists in 18 games. He was drafted in the eighth round, 162nd overall in 2017 by the Wheat Kings.

Hagan made the jump to the Western League after two seasons with the Okanagan Hockey Academy Edmonton Prep, scoring a combined 81 points in 67 games over two seasons.