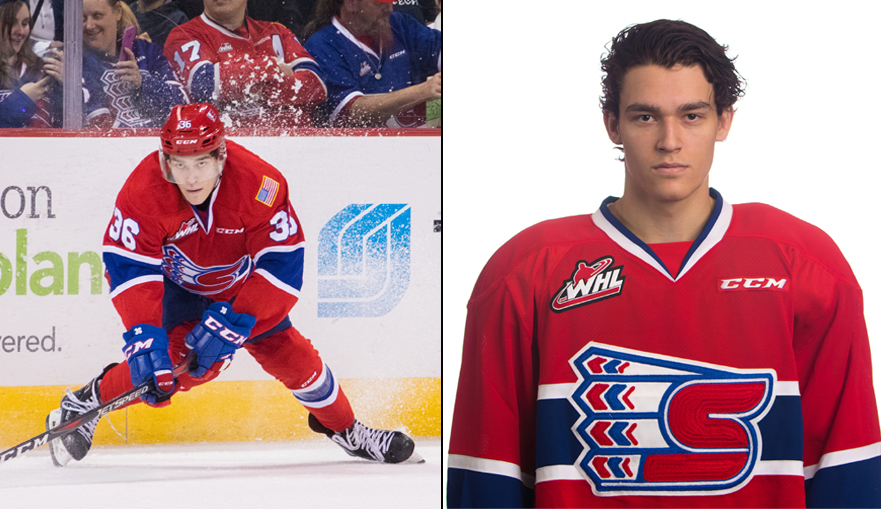 The Swift Current Broncos announced on December 3rd that the club has traded veteran defenceman Noah King, the rights to goaltender Matthew Davis and a conditional draft pick in the 2021 WHL Bantam Draft to the Spokane Chiefs in exchange for forward Carter Chorney and the rights to forward Kye Buchanan and blue liner Devin Aubin.

Chorney, a 17-year-old product of Sherwood Park, AB suited up in 27 contests for Spokane this season and netted eight goals and four assists for 12 points. Altogether, the 6’1″, 185lb forward skated in 68 regular season game for Spokane over two seasons to go along with two postseason tilts from the 2018 WHL Playoffs.

“We are thankful for Noah and the services he brought to the team on and off the ice, said Director of Hockey Operations and Head Coach Dean Brockman. “We are excited to work with Carter as he adds a key piece to our future.”

Buchanan, a 17-year-old forward is currently playing for the St. Albert Raiders Midget AAA and has recorded seven points (4g-3a) in 12 games.

Aubin, a 15-year-old defenceman is playing for the Grande Prairie Storm Midget AAA squad and the Falher, AB product has three points (2g-1a) to go along with 22 penalty minutes to his credit. Aubin was originally drafted by the Spokane Chiefs in the fourth round, 75th overall in the 2018 WHL Bantam Draft.

King, a 19-year-old defenceman from Winnipeg, MB has accumulated six points (2g-4a) in 25 regular season games for Swift Current this season. The 6’4″, 200 lb rear guard has played in 33 career WHL playoff games, including all 26 contests in the Broncos run to the Ed Chynoweth Cup as WHL Champions in the 2018 WHL Playoffs.

Davis, a 2001-born netminder is presently playing for the Spruce Gove Saints of the Alberta Junior Hockey League. He has registered a 1.70 goals against average and a .925 save percentage in 17 games.

Aubin, Buchanan and Davis each have yet to sign a WHL Standard Player Agreement with their new respective clubs. 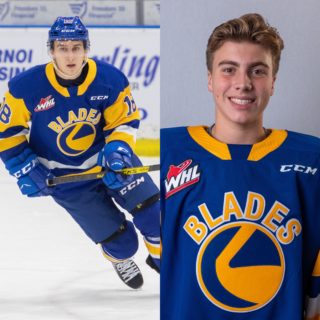