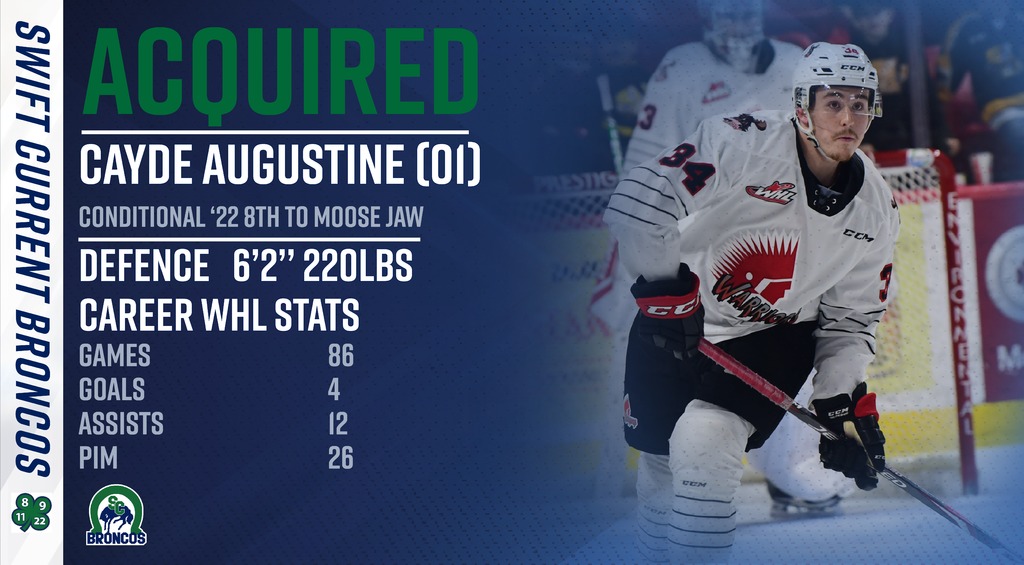 Undrafted into the WHL, Augustine has appeared in 86 career games recording four goals and 12 assists. He was able to suit up for two games with the SJHL’s Kindersley Klippers earlier this year before the SJHL season was put on hold.

The 6’2’’, 220-pound defenceman is expected to join his new teammates when training camp opens in the future.