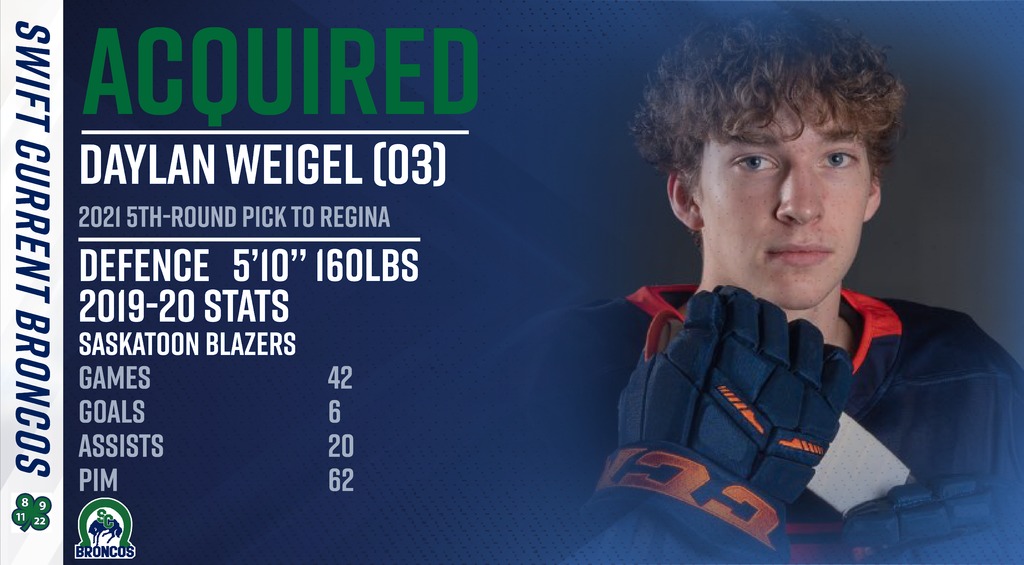 Swift Current, Sask. – The Swift Current Broncos announced today that they have acquired 2003-born defenceman Daylan Weigel from the Regina Pats in exchange for a 2021 fifth-round pick.

Weigel, from Warman, Sask., was originally drafted in the sixth round in 2018, 130th overall, by the Regina Pats.

The right-shot defenceman spent the 2019-20 campaign with the Saskatoon Blazers of the Saskatchewan Male U18 League, scoring six goals along with 20 assists in 42 games. He was teammates with Broncos prospects Carter Stebbings and Parker Lalonde during the 2019-20 season.

Weigel made his WHL debut February 5, 2020 when the Pats were in Saskatoon to play the Blades.

The Broncos would like to welcome Weigel and his family to the organization.