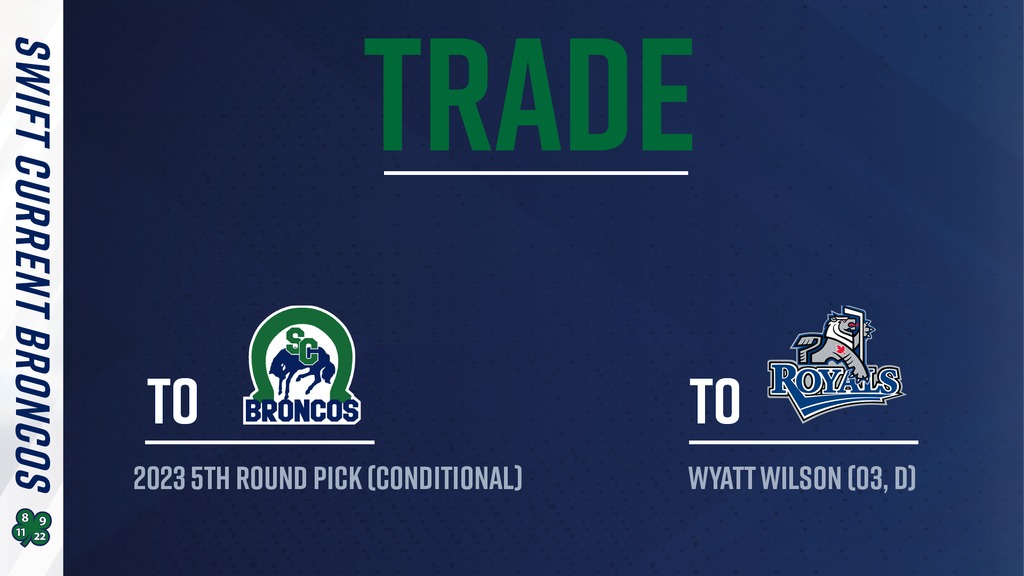 Wilson, from Swift Current, was initially drafted by the Lethbridge Hurricanes in 2018, 116th overall. He was then acquired by the Broncos May 2 of 2019 for Alex Thacker.

The Broncos wish Wilson the best of luck with the Royals.