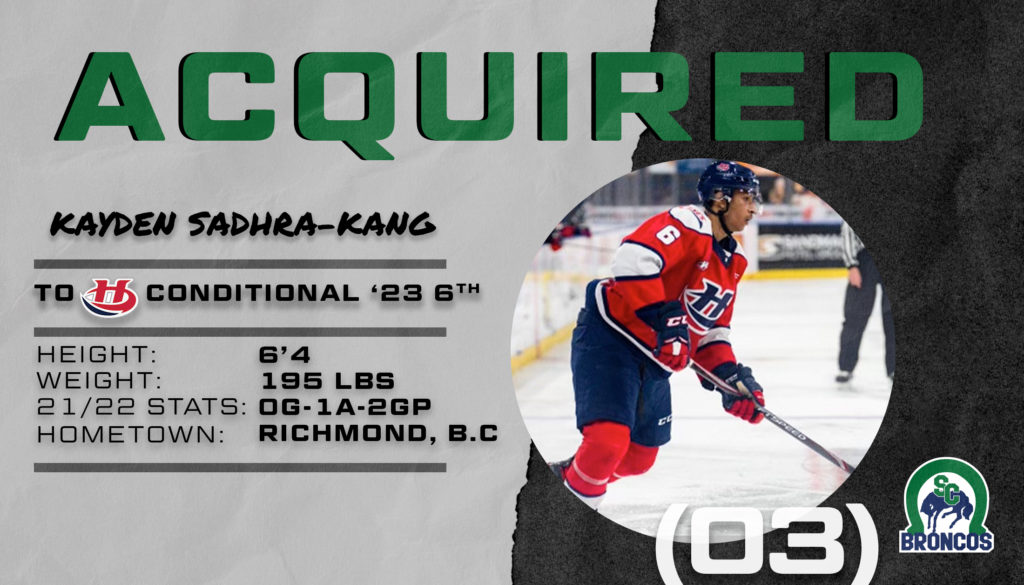 SWIFT CURRENT, Sask. – The Swift Current Broncos announced today they have acquired 2003-born defenceman Kayden Sadhra-Kang from the Lethbridge Hurricanes in exchange for a conditional sixth-round pick in the 2023 WHL Prospects Draft.

Sadhra-Kang, from Richmond. B.C., was originally drafted in the ninth round, 195th overall, by the Hurricanes in the 2018 WHL Prospects Draft.

He was signed to a Standard Player Agreement by the Hurricanes in February of 2021 and has played 11 WHL games to date, recording two assists.

Sadhra-Kang is expected to join his new teammates tonight and will make his Broncos debut against the Edmonton Oil Kings wearing number four.