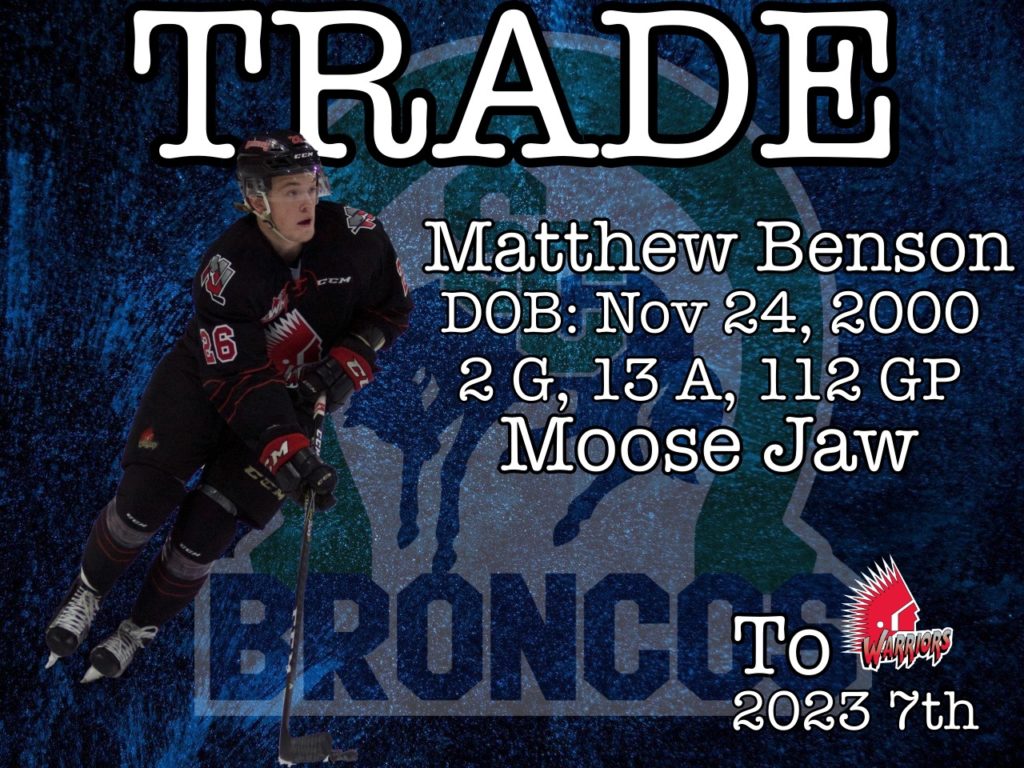 SWIFT CURRENT, SK – The Swift Current Broncos announced today that they have acquired 2000-born defenceman Matthew Benson from the Moose Jaw Warriors in exchange for a seventh-round draft pick in the 2023 WHL Bantam Draft.

Benson, from Vancouver, has spent his entire WHL career with the Moose Jaw Warriors up to this point, scoring twice and adding 13 assists in 112 career games.

The 6’1’’, 192-pound defenceman played in 16 games for the Warriors this season, scoring twice and adding one assist.

Benson will join his teammates next week for practice.