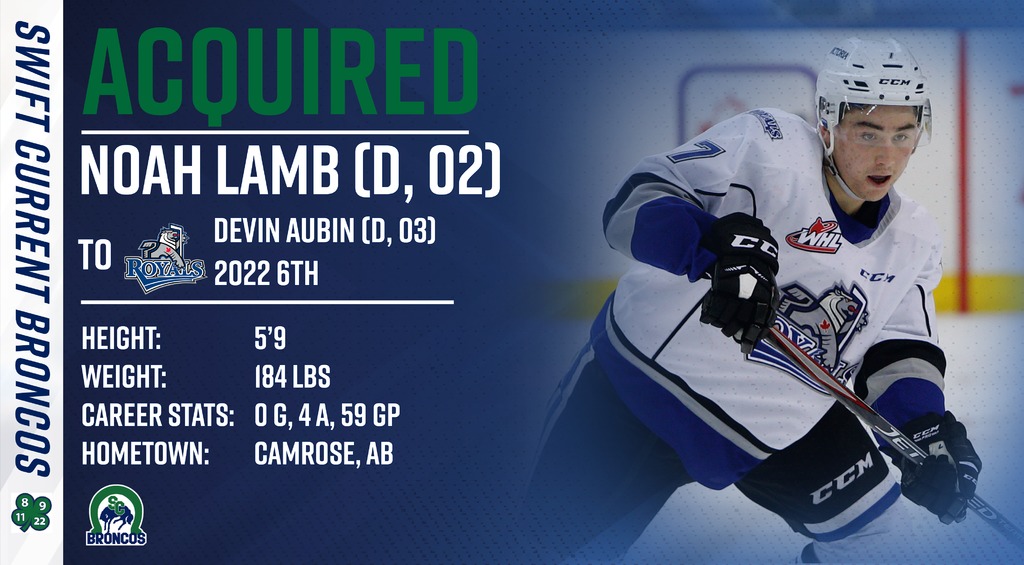 Lamb, from Camrose, Alberta, was originally drafted by the Royals in the sixth round, 118th overall in the 2017 WHL Prospects Draft. In 59 career games with the Royals Lamb has recorded six assists.

He was teammates with current Broncos forward Raphael Pelletier during the 2017-18 season while playing for the CSSHL’s Northern Alberta Xtreme U16 program.

The 5’9’’, 184-pound defenceman will join his new teammates for training camp in Swift Current, which begins September 10.