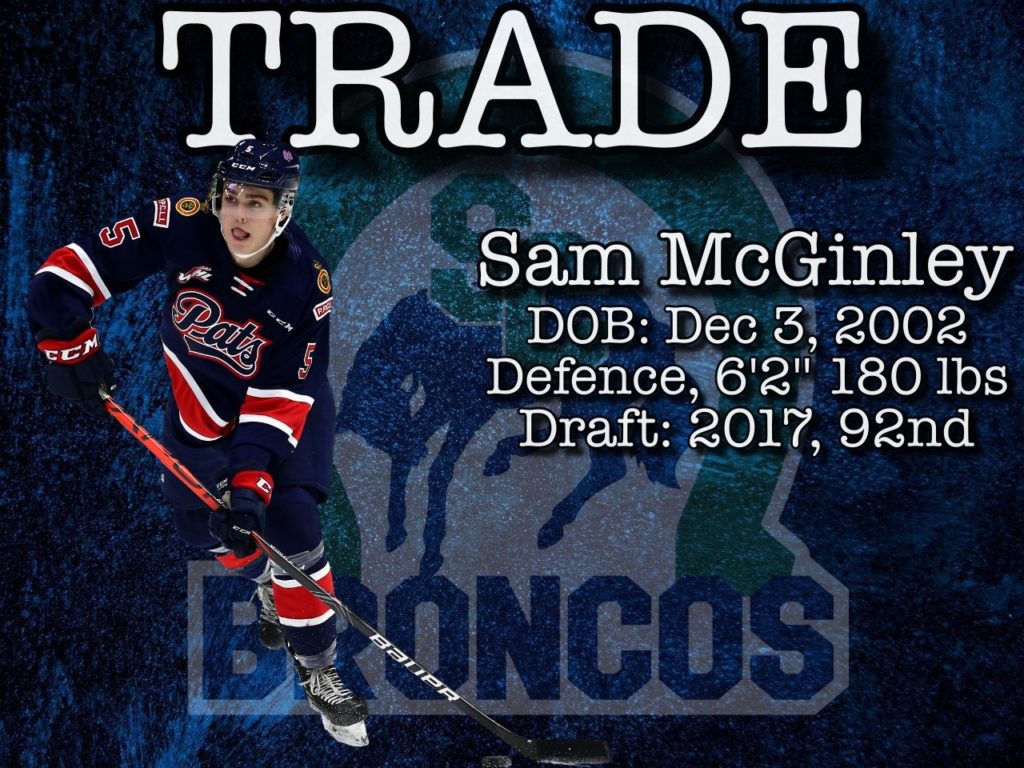 McGinley, from Calgary, was originally drafted 92nd overall by the Pats in the 2017 Western Hockey League Bantam Draft and has appeared in 11 games since then, recording one assist.

After being drafted, McGinley scored 40 points in 36 games as a member of the Edge School Elite 15’s team in the 2017-18 season. The following year he jumped to the Midget Prep division, scoring 10 goals and 19 assists in 29 games.

The 6’2’’ defenceman is expected to join his teammates for Saturday’s game against the Moose Jaw Warriors.

Chorney was acquired by the Broncos in December last season and played 52 games in a Broncos jersey, recording 19 points.