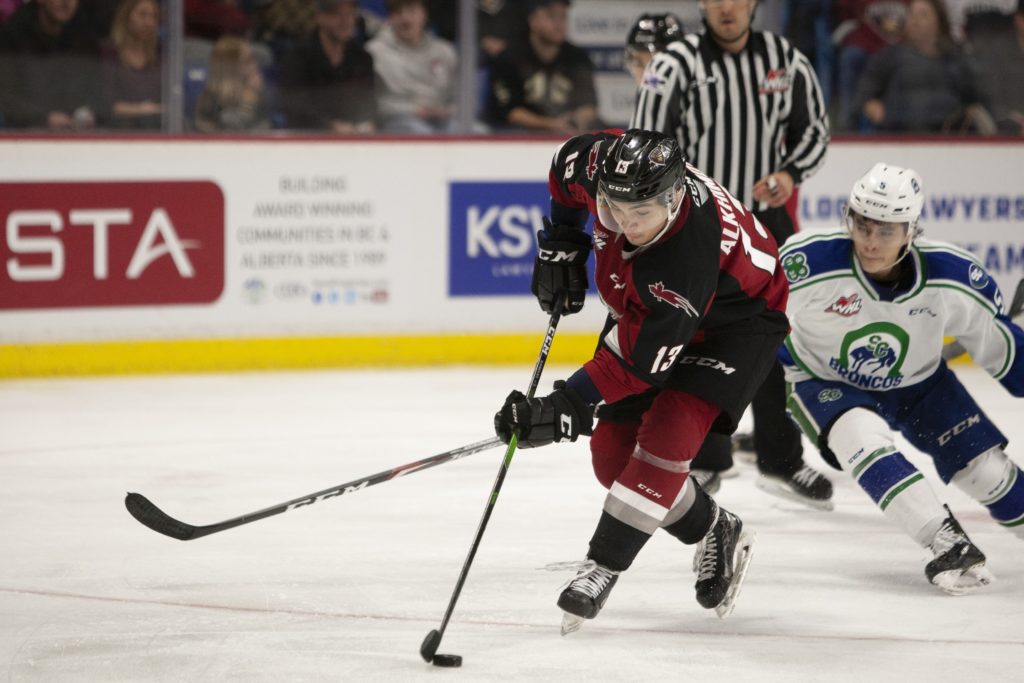 Alkhimov, from Moskva, Russia, was originally selected 47th overall in the 2018 CHL Import Draft by the Regina Pats.

Last season he finished fourth on the Pats in scoring with 13 goals and 14 assists in 66 games before an off-season trade saw him moved to the Giants.

Broncos fans might remember Alkhimov for scoring the shootout winner for the Giants on October 19 against the Broncos.

Kiviniemi had been with the Broncos since last season after being drafted 59th overall in the 2018 CHL Import Draft, scoring 22 goals and 13 assists in 77 games.

“Sergei is a player that fits the mold of what we’re trying to build towards in Swift Current,” Broncos head coach and director of hockey operations Dean Brockman said. “He’s a player that works extremely hard and is excited to be a Swift Current Bronco. We’re very happy to have him in our organization.”

The draft pick adds to a large stockpile of picks the Broncos have for the 2020 WHL Bantam Draft, pushing them to 13 total picks in the draft.

Alkhimov is expected to join his teammates for this weekend when the team travels to Regina and Moose Jaw.