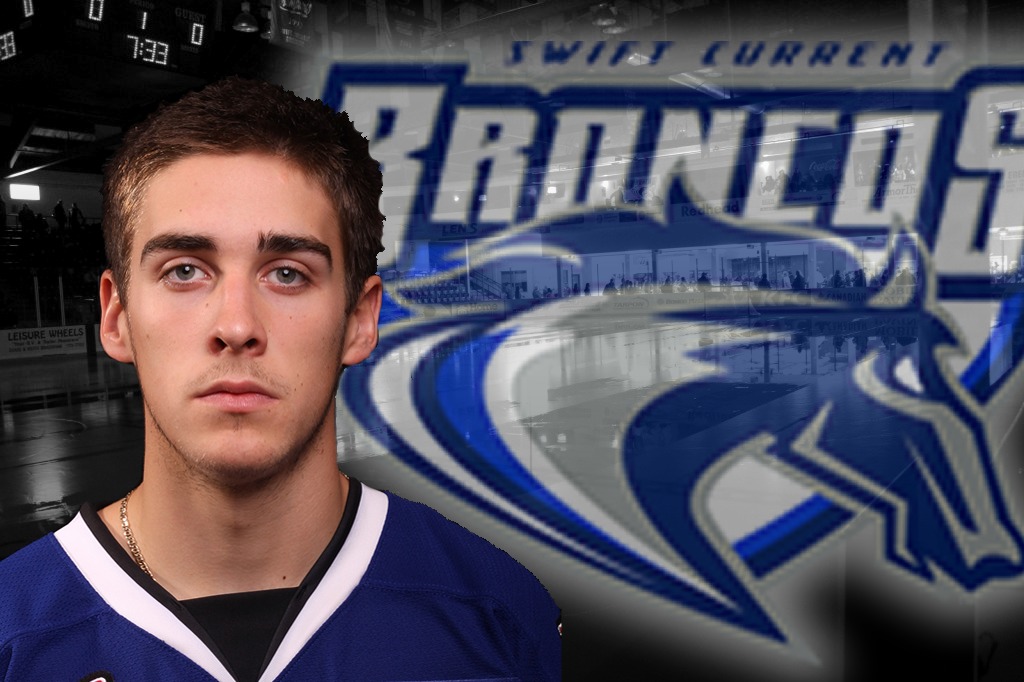 Swift Current Bronco General Manager and Head Coach, Mark Lamb announced that the club has acquired 17-year-old forward, Justin Spagrud, and a conditional second round pick from the Victoria Royals for the rights to forward, Evan Richardson.

Spagrud was acquired in the 3rd round, 63rd overall by the Tri-City Americans in the 2010 WHL Bantam Draft.  The 6’, 175-pound Gull Lake, SK product appeared in two pre-season games with the Victoria Royals where he tallied an assist.  In his 2011-12 campaign with the Swift Current Legionnaires of the SMAAAHL, Spagrud recorded 36 points (20-16-36) and 48 penalty minutes in 31 games played.

“Spagrud is a hometown guy,” announces General Manager and Head Coach, Mark Lamb.  “I watched him play as much as Mackay and Wittman while with the Legionnaires.  He is a highly-skilled player who hasn’t quite reached his full potential yet, but we believe his upside is very high.”