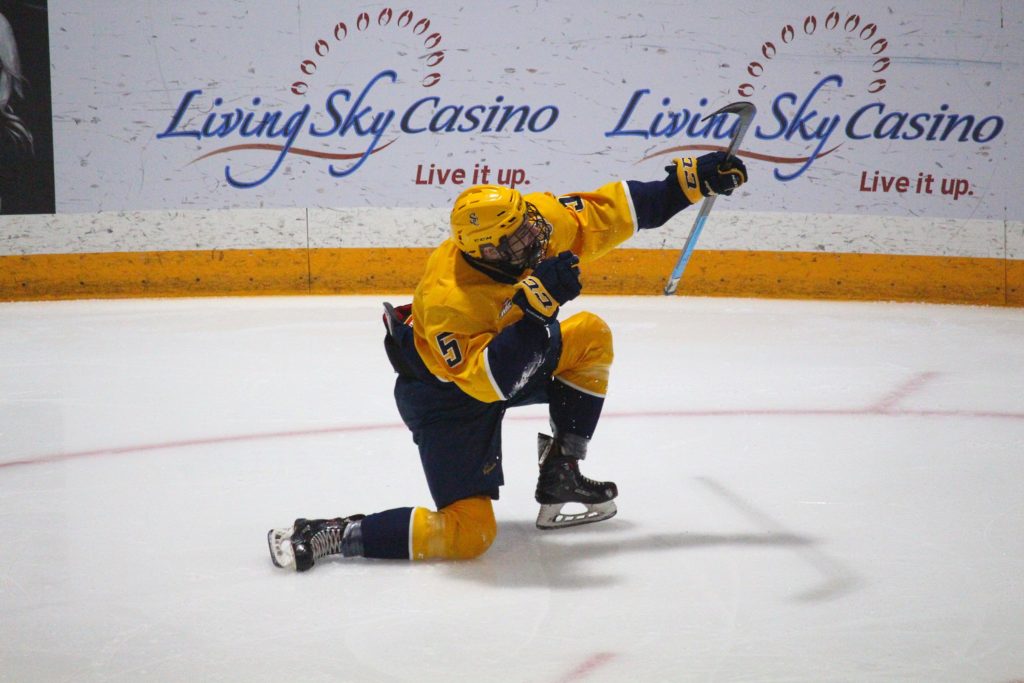 Swift Current, SK – The Swift Current Broncos announced today that they have acquired 2002-born defenceman Hendrik De Klerk from the Spokane Chiefs in exchange for a fifth-round pick in the 2022 WHL Bantam Draft.

His 37 points ranked second in the Saskatchewan Midget Hockey League amongst defencemen. For his efforts, he was named to the SMHL’s Second All-Star Team.

The 5’11’’ defenceman has played all of his minor hockey in Swift Current, winning a bantam league championship with the AA Broncos in the 2016-17 season.
Following that year, De Klerk was drafted by the Chiefs in the seventh round, 138th overall. De Klerk signed a Western Hockey League standard player agreement on March 1, 2019.