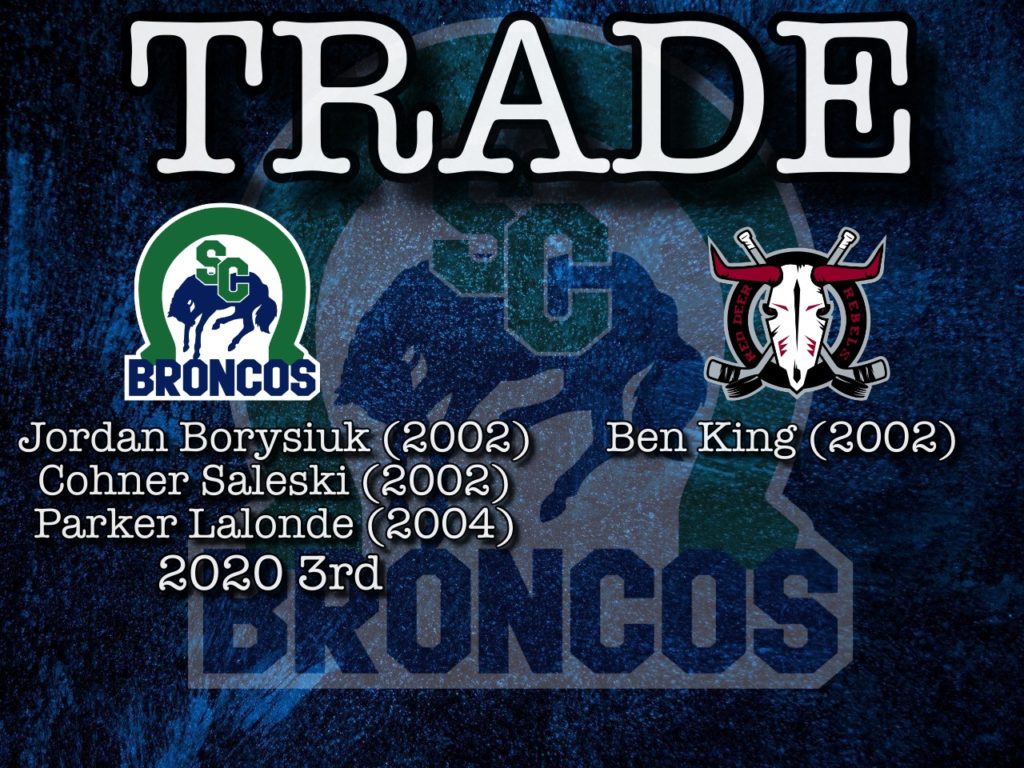 Saleski, from Saskatoon, was originally drafted 17th overall in the 2017 WHL Bantam Draft by the Prince Albert Raiders and has appeared in 10 career games with the Raiders and Rebels to date, recording two assists. He spent the majority of last season with the Prince Albert Mintos of the Saskatchewan Midget Hockey League scoring nine goals and 19 assists in 24 games, before adding four goals and six points in just five playoff games.

Borysiuk, from Mannville, Alberta, is entering his first full season in the WHL after being selected 63rd overall in 2017. To date he’s appeared in nine games with the Rebels, scoring a goal and an assist. Last season he skated in 33 games for the Lloydminster Bobcats of the Alberta Junior Hockey League, scoring 12 times and adding four assists. He also scored 13 goals in just 16 games with the Lloydminster Midget AAA Bobcats.

Lalonde, from Aberdeen, is currently playing with the Saskatoon Blazers of the Saskatchewan Midget Hockey League and has recorded two goals and three assists in 10 games this season. The Rebels drafted him 114th overall in the 2019 WHL Bantam Draft after he posted 50 points in just 31 games with the Warman Wildcats, before 10 points in five playoff games. He was a member of Team Saskatchewan that claimed the WHL Cup in Calgary two weeks ago.

The draft pick adds to a large number of picks the Broncos have acquired for the 2020 WHL Bantam Draft as they now hold 14 picks, including two seconds, a third and four fourths.

“We’re fortunate with this deal that we’re able to add two players to our lineup that can play big roles right away,” said Broncos Head Coach and Director of Hockey Operations Dean Brockman.

King was drafted 13th overall by the Broncos in the 2017 WHL Bantam Draft and has since suited up for 71 games with Swift Current scoring nine goals and adding 25 assists. The Broncos wish him the best of luck in Red Deer.

Swift Current is back in action Friday night when they head to Regina for the first meeting of the season with the Pats.