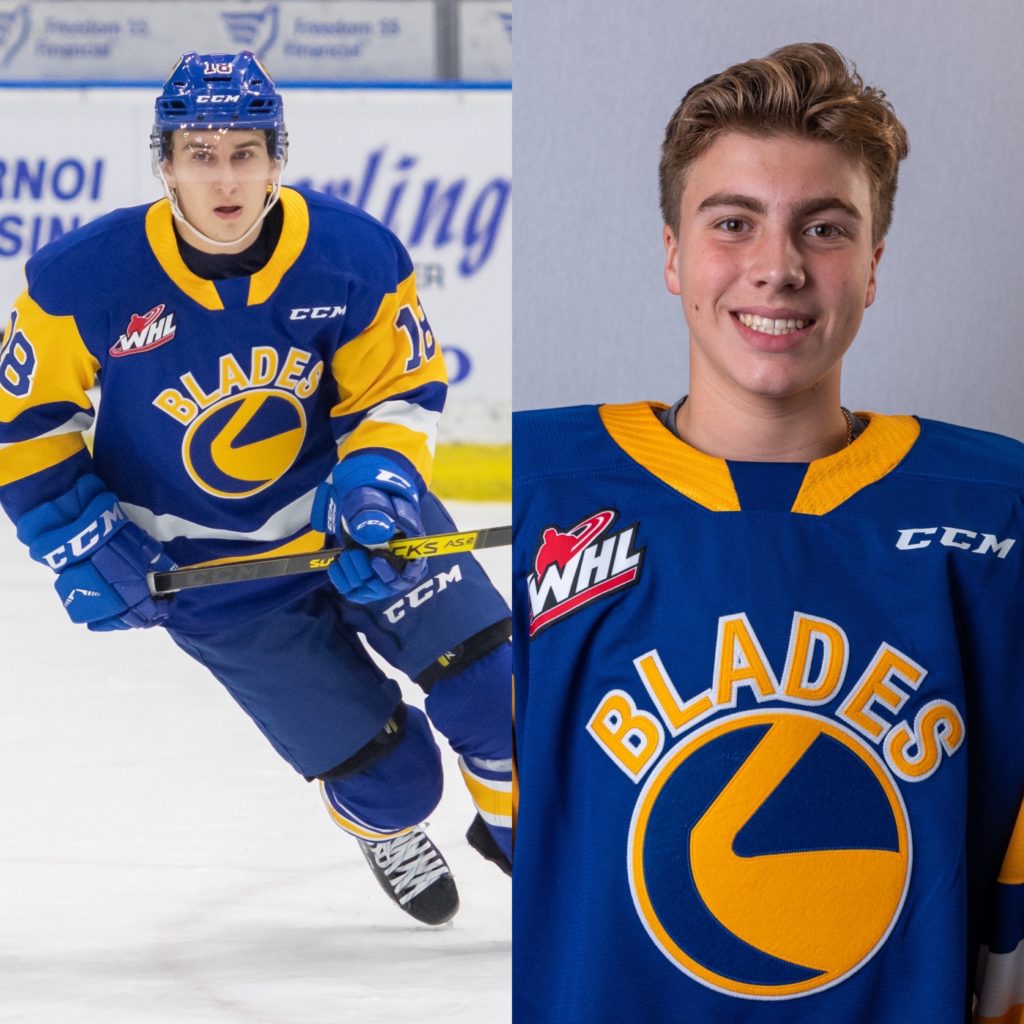 Toman, from Ceske Budejovice, Czech Republic, is in his second season in the WHL and first with the Blades after being traded from the Prince George Cougars. In 37 combined games this season he’s scored four goals and added eight assists. He was selected fifth overall by the Cougars in the 2018 CHL Import Draft.

Ashcroft, from St. Albert, Alberta, was selected in the fourth round by the Blades in 2019, 76th overall after scoring twice and adding 19 assists with the Northern Alberta Bantam Prep program.