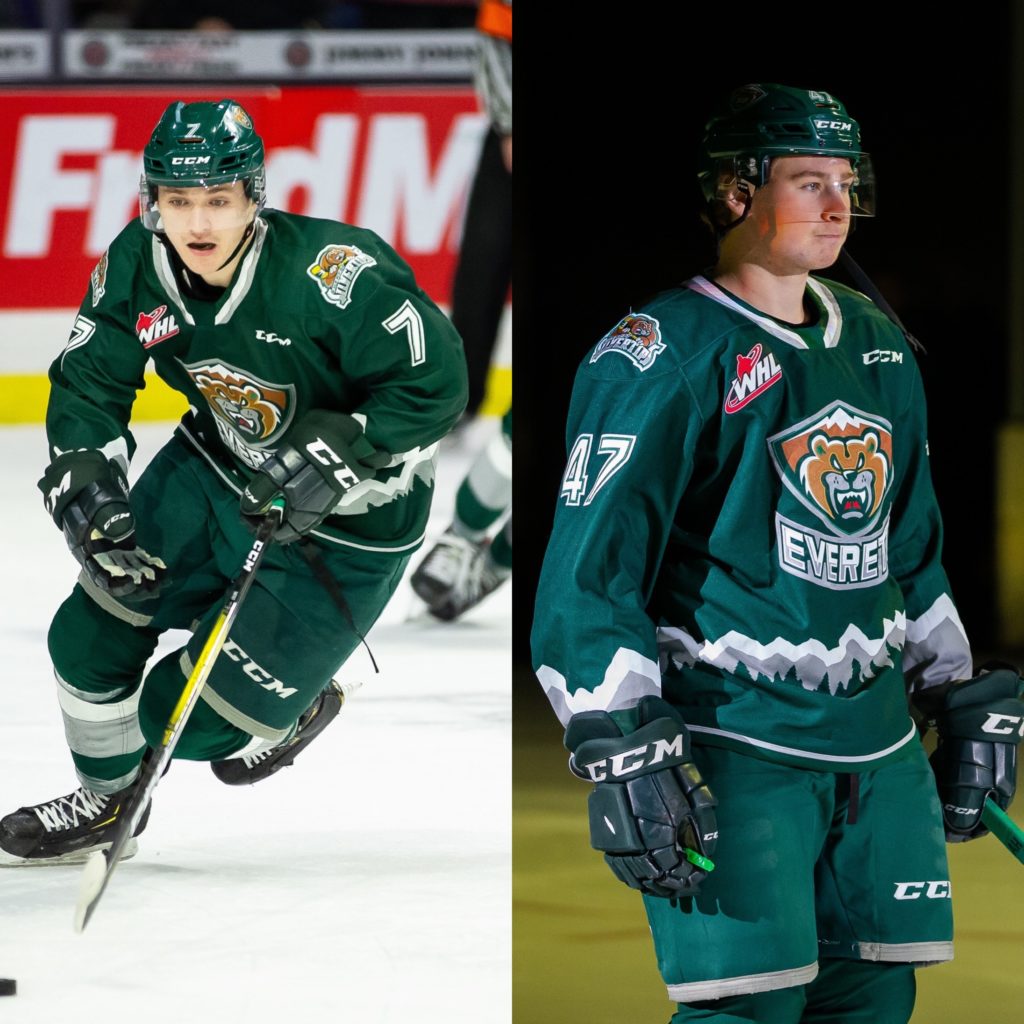 Fasko-Rudas, from Banska Bystrica, Slovakia, is in his third season in the WHL, all spent in Everett. For his career he has appeared in 147 WHL games scoring 25 goals and 29 assists. He’s also skated in 30 playoff games while adding 17 points. This season he represented Slovakia at the World Junior Championships, scoring once and adding an assist in five games.

Hendren, from Regina, was drafted in the seventh round by the Vancouver Giants in 2016 and to date has played 74 WHL games with Vancouver and Everett, scoring twice and adding two assists.

“In Parker we have a puck moving, transitional defenceman that shoots the puck very well,” Brockman said.

The Broncos now hold 10 picks in the first five rounds of the 2020 WHL Bantam Draft.

Regnier served as the Broncos captain this season and picked up nine goals and 12 assists in 34 games. He was a member of the 2018 WHL Championship Broncos team. In total he played 159 regular season games in a Broncos jersey.

Puutio was selected with the first overall pick in the 2019 CHL Import Draft, scoring once with 15 assists in 35 games.

“We want to wish Ethan and Kasper continued success. Ethan has been a valuable part of the organization for the past three years,” Brockman finished.

Fasko-Rudas and Hendren are expected to make their Broncos debuts Saturday night in Lethbridge.

WHL commits to 2020-21 season; start date to be decided upon government approval
1 week ago