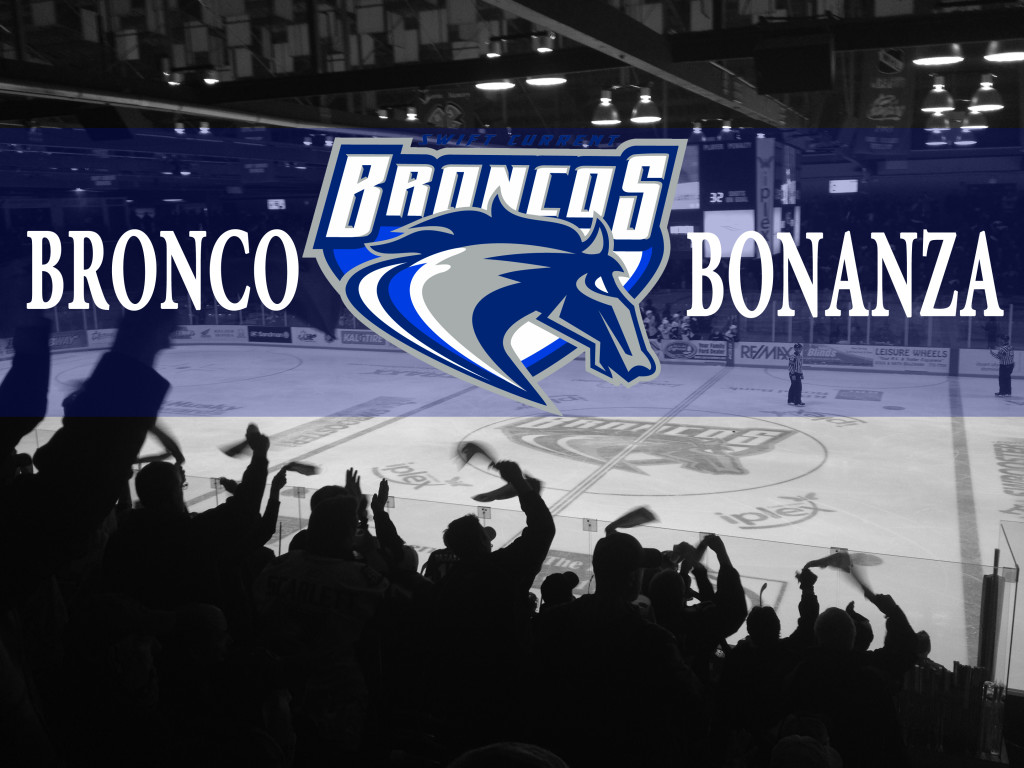 The Swift Current Broncos Hockey Club is proud to announce a special season ticket promotion called Bronco Bonanza.  If the Broncos reach a total of 1,650 season tickets sold by Friday, September 20th, one lucky season ticket holder will walk away with $5,000 cash.

Last year the Broncos season ticket base sat at approximately 1,500.  The winner of the $5,000 will be drawn at the Broncos home opener on Saturday, September 21st against the rival Regina Pats.

“We really want to build off the momentum and excitement we had at the end of last season, with a sell out on the final regular season game and then great crowds for the two playoff games,” says Assistant General Manager of Business Operations, Dianne Sletten.  “We’re hoping this promotion will encourage those sitting on the fence about getting a season ticket to take the plunge and be a part of the great WHL hockey action at the i-Plex.”

As a 2013-14 season ticket holder you are guaranteed the same seat location for all 36 regular season games, are given the first opportunity to purchase 2014 playoff tickets and are provided with pre-sale opportunities for various Bronco sponsored events at the Credit Union iPlex.  2013-14 season ticket holders also are invited to exclusive events throughout the year, including the annual Season Ticket Holder BBQ, and are entered into multiple contests and prize draws.

Payments can be made with cash, credit card, debit or cheques.  Season ticket holders also have the option to purchase their tickets through our monthly payment plan.

Check the Broncos website (www.scbroncos.com), visit the Broncos souvenir store, The Stable, or contact the Broncos office at (306) 773-1509 for more information on prices, payment options and more.