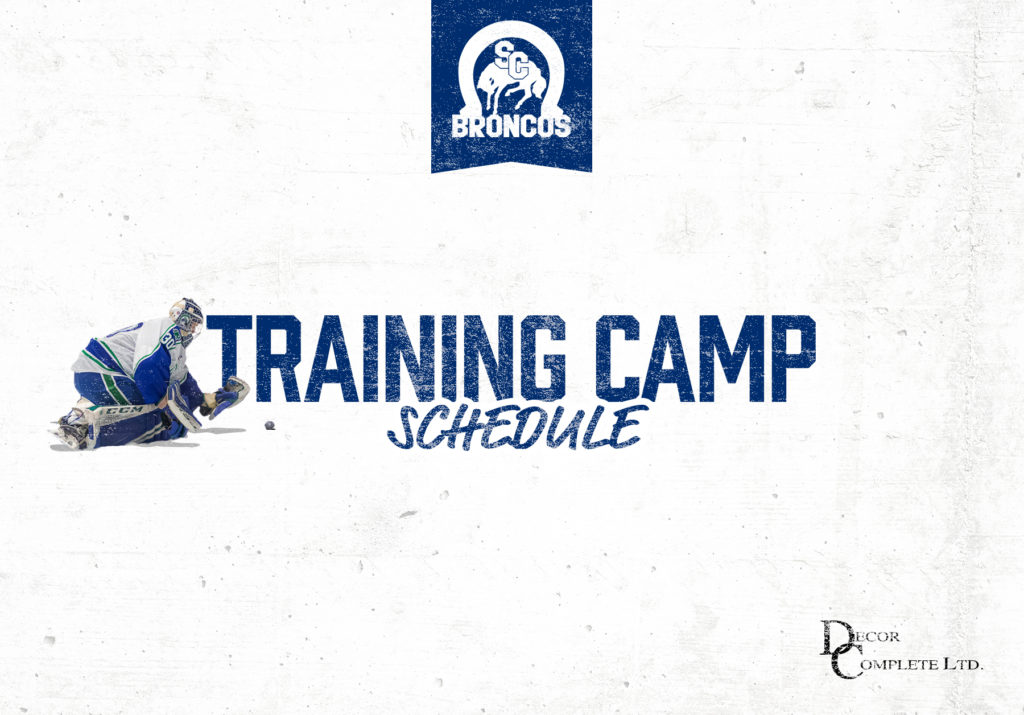 The rookie camp, featuring 73 players, begins Thursday morning at 8:00 with each of the four teams practicing. The rookie camp runs from Thursday until Saturday.

All 19 members of the Broncos 2021 and 2022 WHL Prospects Draft classes will be hitting the ice at the InnovationPlex for rookie camp.

Main training camp for the Broncos begins Sunday, September 4 and concludes with the annual Blue vs White intersquad game Wednesday, September 7 at 3:00.

All on-ice sessions are open to the public.

The team rosters for rookie camp can be found here: Rookie Camp Rosters

A full schedule for both rookie camp and main camp can be found below.

The Broncos pre-season schedule begins the following weekend with a home-and-home set against the Moose Jaw Warriors, starting Friday in Moose Jaw.