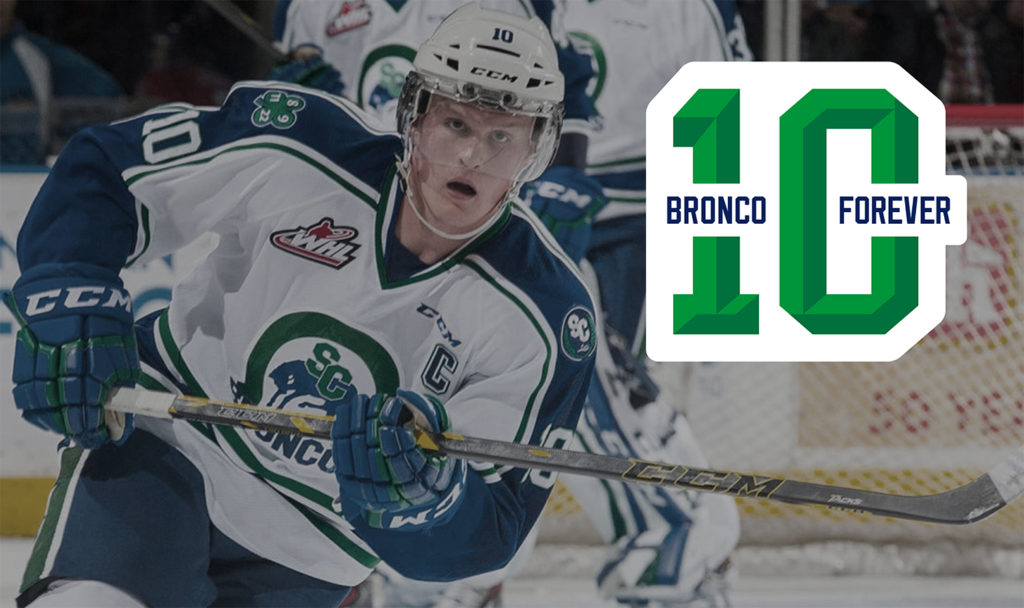 On April 11, 2020, the sudden and tragic loss of Colby Cave, a beloved member of the hockey world, thoroughly impacted the people and communities that were so fortunate to have encountered him. His contributions to all of the communities he had immersed himself in throughout his life were immeasurable and inspiring, and Swift Current was one of those fortunate communities to have been profoundly impacted by the commitment and positivity that Colby exhibited.

Following his passing, the Cave Family and the Edmonton Oilers created the Colby Cave Memorial Fund to carry on his memory and legacy. Proceeds from the fund will go toward community programs with an emphasis on mental health initiatives and providing access to sports for underprivileged children.

In an effort to help support the Cave Family continue the lasting legacy of Colby, the Broncos are proud to host three fundraising initiatives focused on supporting the Colby Cave Memorial Fund. 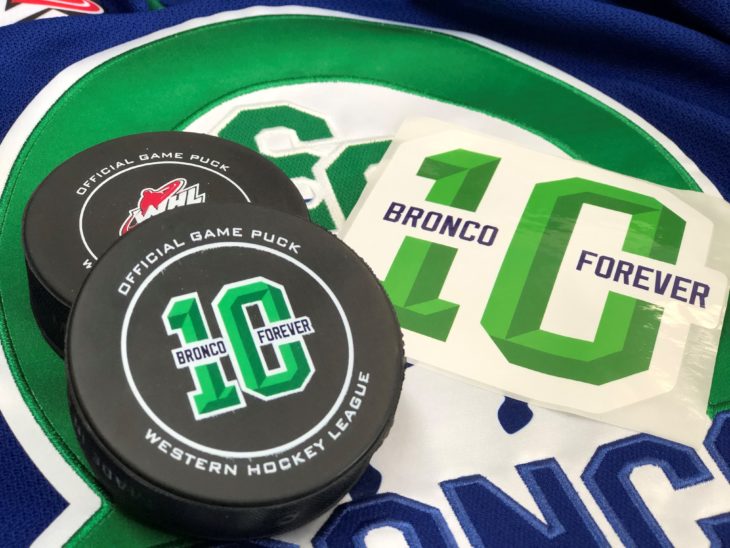 Featuring the Colby Cave Broncos Memorial Logo Designed by Broncos teammate Taylor Vause, this logo not only highlights his jersey number, but the prominence of the letter ‘C’ represents the Character, Commitment, and Courage he demonstrated while wearing the ‘C’ on his jersey as the Captain of the Swift Current Broncos, and throughout his life.

The #10 – Bronco Forever pucks and decals are available for purchase at the Swift Current Broncos store ‘The Stable’, and can be viewed online at scbroncos-store.com. 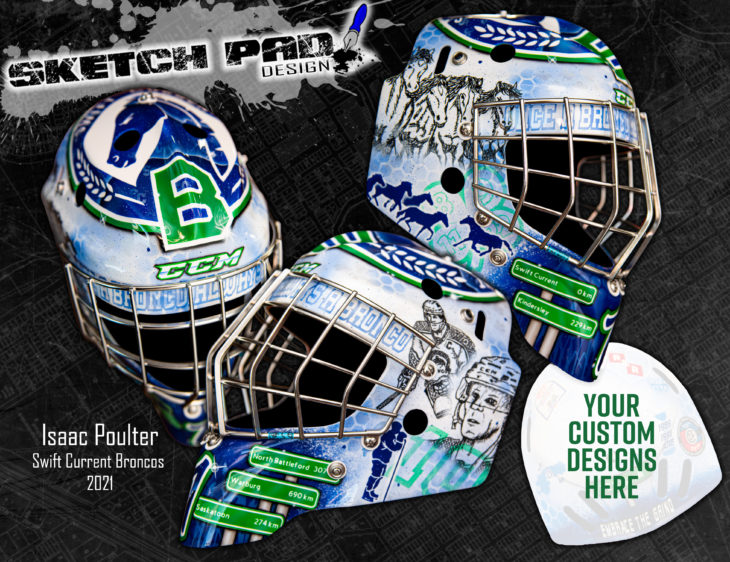 Designed and donated by Sketchpad Design, this helmet is a duplicate replica version of the 2021 custom goalie mask being worn by #1 Isaac Poulter. The mask is a tribute to Captain Colby Cave, and featured in the designs are several tributes to Colby Cave. The left side depicts a sketch of four horses that represent the four players lost in the Broncos bus crash, welcoming a fifth horse to the herd. The right side includes a sketch of Colby Cave and a silhouette of him standing on the ice at his last game as a member of the Broncos, with faded wings. Colby’s #10 is faded in the background. On the chin, is Poulter’s #1 surrounded by highway signs of each players’ home town and the distance from Swift Current. On the crown of the mask is a logo designed by fellow Bronco Alumni Taylor Vause, with the quote “Once a Bronco, always a Bronco”.

The back plate of the goalie mask has been left blank and goalie mask artist Curtis Schwartz of Sketchpad Designs has kindly offered to work with the winner to customize this piece to the winner’s liking.

Thanks to the donation of the mask by Sketchpad Designs, all proceeds from the Goalie Mask Auction will go towards supporting the Colby Cave Memorial Fund.

The auction is available through CHL Auctions at auction.chl.ca

For details on the Colby Cave Memorial Fund and to donate directly to the fund, please visit www.nhl.com/oilers/community/colby-cave-memorial-fund