Broncos are moving on, silence Warriors in Game Seven 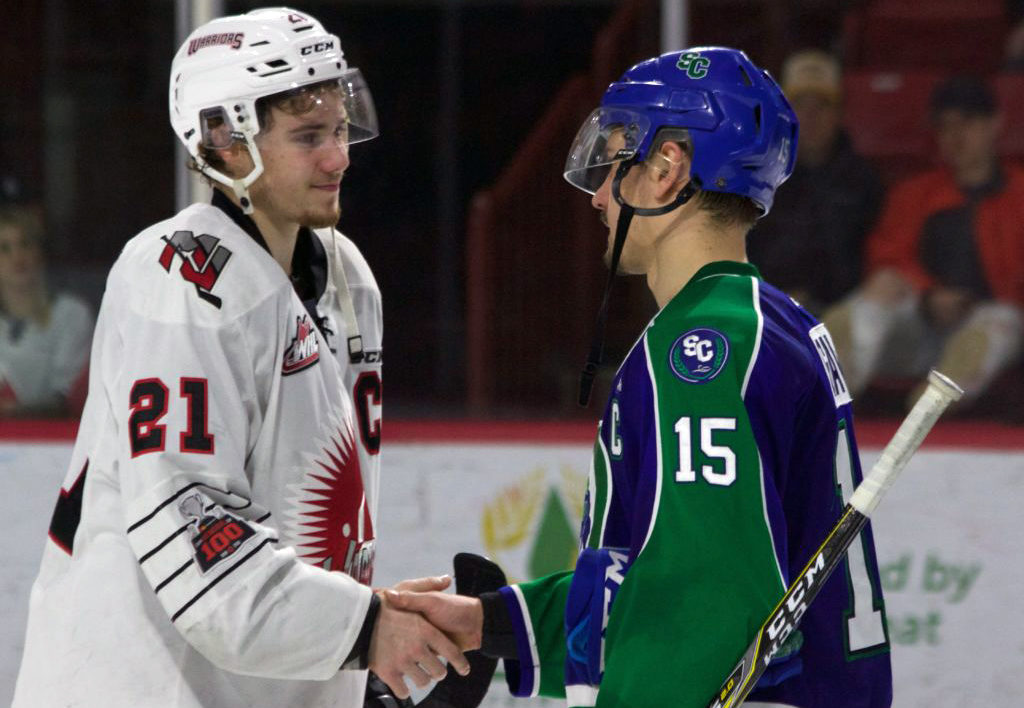 Game Seven arrived for the top ranked teams in the Western Hockey League as the Swift Current Broncos clashed with the Moose Jaw Warriors at Mosaic Place with the winner receiving a trip to the WHL Eastern Conference Championship. Swift Current did what they needed to do, that being play a complete road game and that led to a dominating 6-0 victory over Moose Jaw.

Colby Sissons gave the Broncos a 1-0 lead as he released a wrist shot from the point off a faceoff win deep in Moose Jaw territory. Glenn Gawdin and Tyler Steenbergen combined for the assists in winning the draw to set up Sissons’ open shot.

Late in the period, Florida Panthers prospect Aleksi Heponiemi kept possession of the puck on a good fore-check from Swift Current’s top line, leading to his league leading 17th assist of the postseason in setting up Gawdin for the Broncos second goal. For Gawdin, it marked his eighth of the postseason and it gave his club a 2-0 margin through 20 minutes of play.

The Broncos kept up the high pressure play in the second frame as Steenbergen turned on the jets up the right wing and sniped the top corner by the glove hand of Warriors goaltender Brody Willms to make it 3-0.

Moments later, Gawdin increased that margin to 4-0 when he scored on a nice little deke in front of the Warriors crease. Sissons got the lone assist on the play for his third point of the night.

Swift Current poured it on in the third period as forward Giorgio Estephan scored the Broncos fifth goal of the night on their first power play opportunity. The 20-year-old received a picture perfect centering pass from Heponiemi and snapped it through Willms.

Max Patterson scored his third of the postseason at the 6:19 mark to give Swift Current a large 6-0 margin and the score would stand, giving the Broncos their third shutout win of the series.

Broncos netminder Stuart Skinner was spectacular once again, this time stopping all 25 shots his way to pick up his third straight shutout on the road, having blanked the Warriors in their building in both Game 2 and Game 5 earlier in the series.

Shots on goal were 38-25 in favour of Swift Current. The Broncos power play went 1/2 while the Warriors were scoreless on their lone attempt.