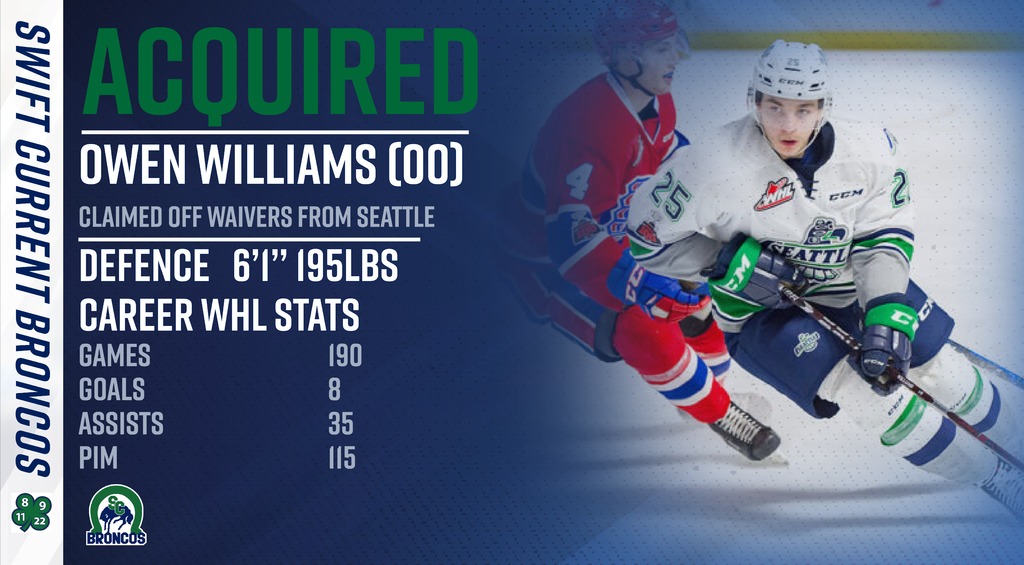 Williams, from Delta, B.C., is entering his fourth and final season in the WHL with 190 career games under his belt.

Originally a ninth-round pick of the Regina Pats in 2015, Williams has been a member of the Thunderbirds since he was acquired by them at the trade deadline in 2018.

Given an expanded role in Seattle, Williams chipped in offensively for the Thunderbirds with eight goals and 34 assists in 161 games.

The 6’1, 195-pound defenceman will join the Broncos at the Regina hub ahead of the abbreviated 20-21 schedule beginning on March 12.