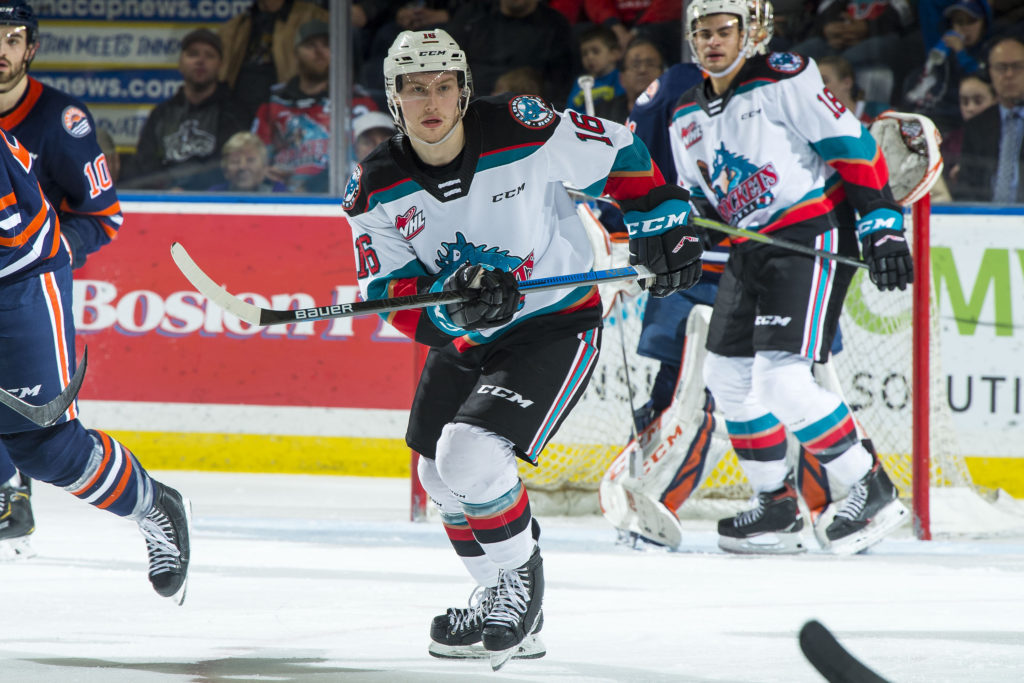 Farren, from Richmond, British Columbia, is a four-year WHL veteran with 224 career games played. Initially undrafted into the WHL, Farren spent the first two seasons of his career with the Saskatoon Blades before being traded to the Rockets shortly after the 2018-19 season began.

In his 224 games Farren has scored 28 goals with 56 assists. His strongest offensive season came during the 2017-18 campaign when he scored 11 goals and 11 assists while playing under current Broncos head coach Dean Brockman in Saskatoon.

This past season Farren was limited to 41 games, but scored six goals and 14 assists for the Rockets.

Farren will begin the 2020-21 season playing close to home, as he will suit up for the Pacific Junior Hockey League’s Delta Ice Hawks until WHL training camps begin.