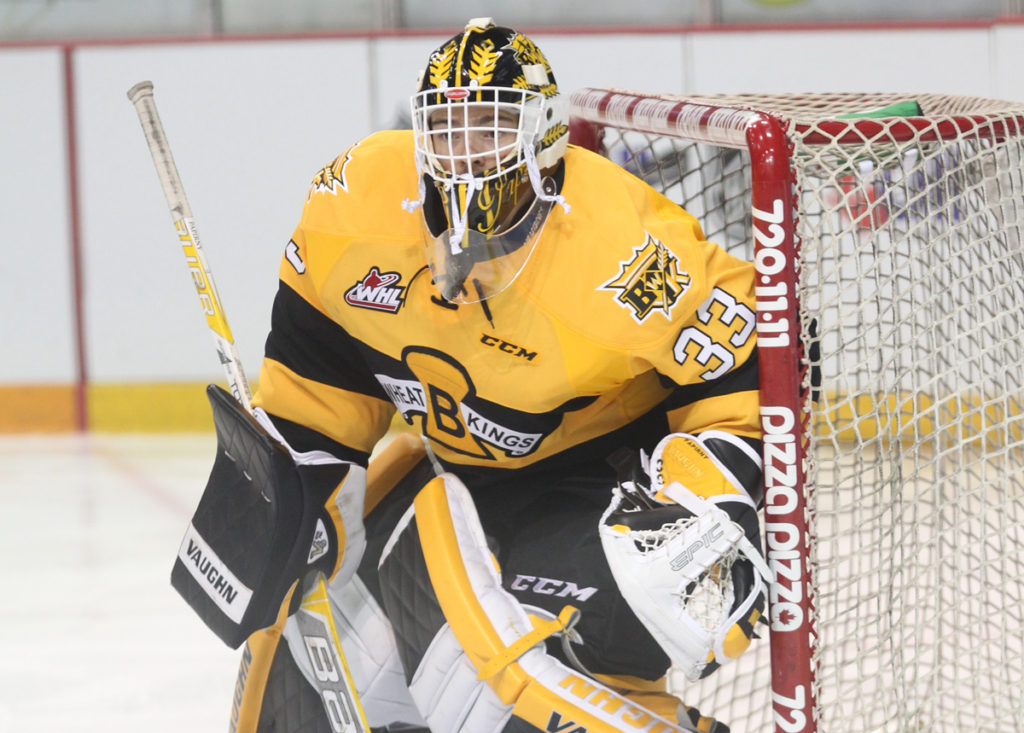 A product of Edmonton, AB, Papirny owns a record of 13-11-1-0 with a 3.24 goals against average and a .906 save percentage this season. Papirny provides playoff experience for a Broncos squad that is poised to return to the WHL Playoffs after not qualifying last year.

“He is a great kid and a top goalie in this league,” said Director of Player Personnel and Head Coach Manny Viveiros. “He is a proven winner in this league and we are very excited to have him with us.”

Papirny suited up for 21 postseason games last year and posted a 16-5 record, helping the Brandon Wheat Kings claim the Ed Chynoweth Cup as WHL Champions. For his postseason career, Papirny owns a 33-15-1 record to go along with a 2.87 goals against average and a .910 save percentage in 49 appearances.

Jensen skated in 41 games for the Broncos this season, tallying nine points (3g-6a) to go along with 69 penalty minutes. For his career, the 19-year old native of Calgary, AB amassed 46 points (14g-32a) in 220 career WHL contests with the Broncos and the Lethbridge Hurricanes.

Child appeared in 24 games in the Broncos cage, posting a 13-3-0-3 record with a 3.03 goals against average and a .902 save percentage. The 19-year old Killam, AB native has played his entire career with Swift Current, recording a 23-23-2-4 record over 75 career starts in a span of three seasons.

The Swift Current Broncos return to action on Wednesday, January 11th as they get set to host the visiting Kootenay ICE at the Credit Union i-Plex. Puck drop is at 7:00pm CST.

Fans can purchase tickets by visiting the Stable, calling 306-73-1509 or online at tickets.scbroncos.com.