Broncos deal Hofer to Winterhawks in exchange for multiple picks 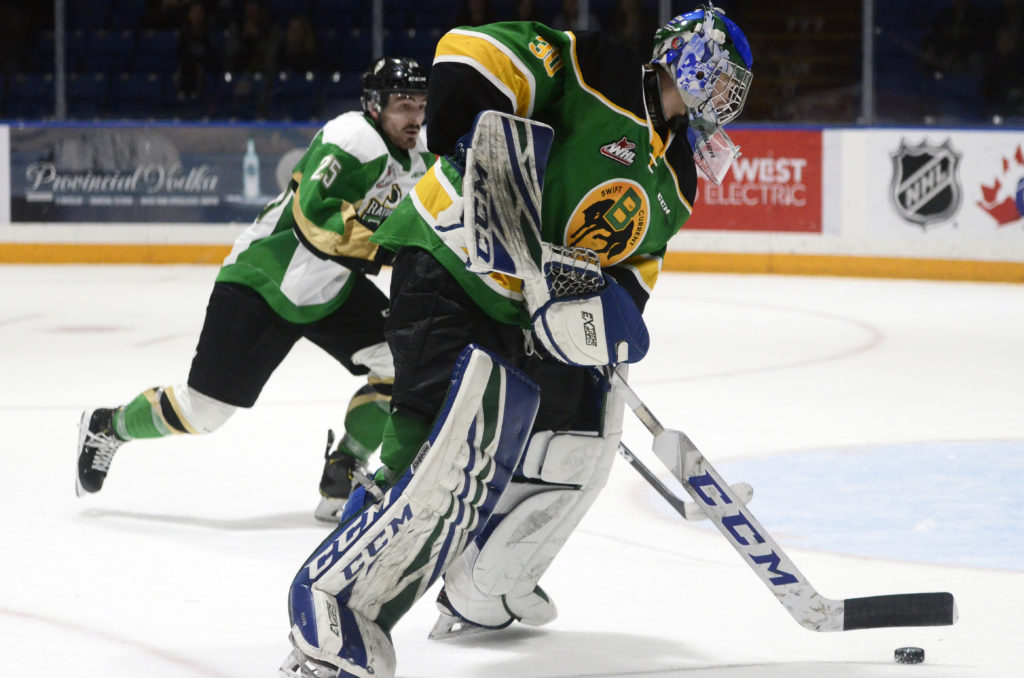 The Swift Current Broncos have traded goaltender Joel Hofer to the Portland Winterhawks as part of a seven-asset deal on Wednesday morning.

“We’d like to thank Joel for his contributions on and off the ice over his time in Swift Current,” said Head Coach and Director of Hockey Operations Dean Brockman. “He leaves us as a WHL Champion and as an established goaltender.”

The 18-year-old Hofer has recorded 14 career WHL regular season wins over parts of two seasons to go along with a 3.55 goals against average and a .907 save percentage with two shutouts. The Winnipeg, MB product has suited up in 30 games this year for Swift Current and has put up 40 plus save performances in 11 starts, including a career-best 65 save effort against Vancouver in October.

Hofer was drafted by the St. Louis Blues in the fourth round, 107th overall in the 2018 NHL Draft.

The Broncos are back in action Wednesday evening when they welcome the Red Deer Rebels to the Innovation Credit Union i-Plex. Puck drop is slated for 7:00pm CT.