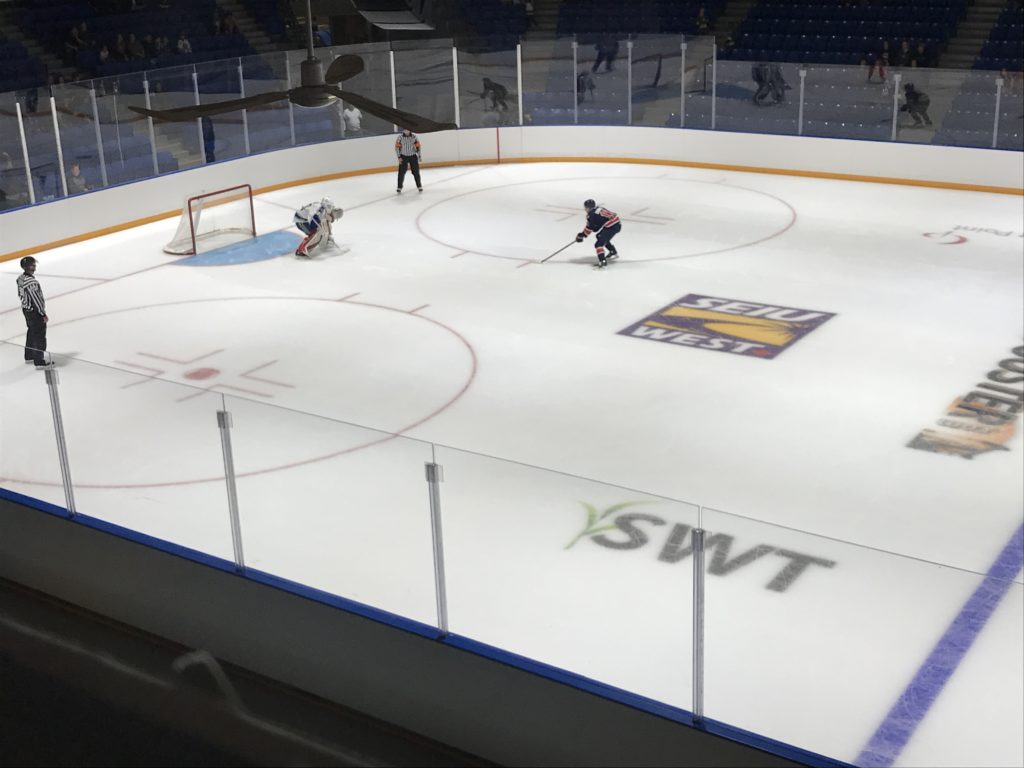 SWIFT CURRENT, SK – The Swift Current Broncos lost for the first time in four pre-season tilts Thursday night, 3-2 in a shootout to the Regina Pats at home.

A scoreless first period saw the Pats lead on the shot clock 11-8. It took until the halfway mark of the second period for the scoring to be opened.

Connor Horning opened the scoring when he took a drop pass from Ethan O’Rourke and fired the puck through the five hole of Max Paddock 10:29 into the second.

The Broncos changed goaltenders following the goal as Reid Dyck took over for Isaac Poulter, who stopped all 14 shots he faced.

Regina tied the game six minutes later when Dawson Holt took a hard shot from the slot off the rush and beat Dyck under the blocker. The game was tied 1-1 heading into the third period.

Swift Current ran into penalty trouble in the third period, but didn’t give up any goals while shorthanded. Instead, the Pats scored with one second left in four-on-four play on a goal from Riley Krane.

With time winding down, the Broncos looked to tie the game. O’Rourke showed a great individual effort, busting through two defenceman into the Pats zone and firing a wrist shot over the glove of Paddock to tie the game with 2:15 left in regulation.

Ben King was called for high sticking with 15 seconds left in the game, giving the Pats 1:45 of power-play time to start overtime.

Dyck came up with some big saves to keep the game alive and force it to a shootout.

After Ty Kolle scored on the Pats first attempt, Paddock turned aside all three Broncos he faced, Mathew Ward, Caleb Wyrostok and Matthew Culling to preserve the win. Final shots were 41-27 Regina.

The Broncos are now off for the weekend before beginning a home and home set with the Lethbridge Hurricanes Friday, September 13.