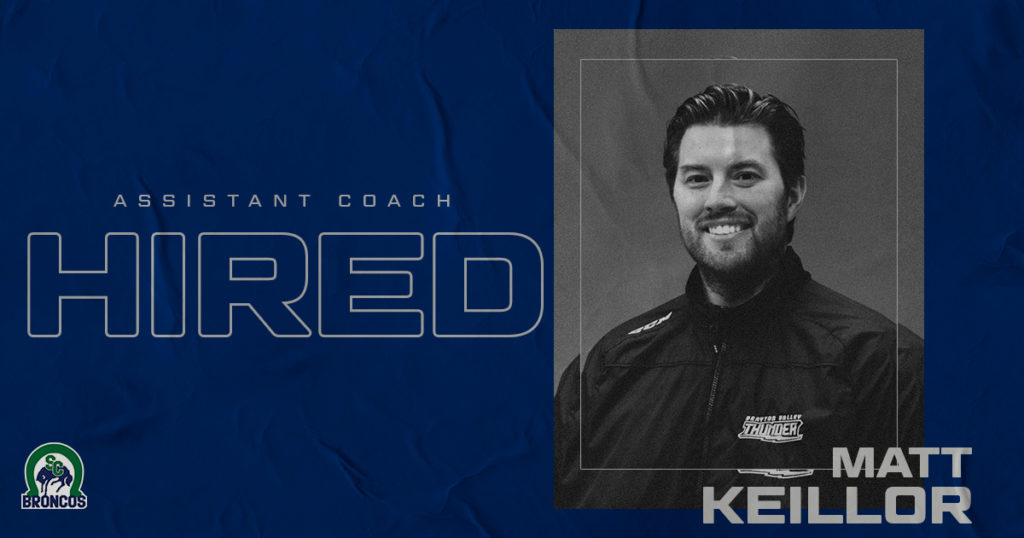 Keillor, from Calgary, Alta., joins the Broncos from the Drayton Valley Thunder of the Alberta Junior Hockey League where he served as an associate coach and assistant general manager.

The 39-year-old also previously served as the head coach and assistant general manager of the AJHL’s Grand Prairie Storm for parts of four seasons.

Keillor won two gold medals with Team Alberta at the WHL Cup in 2015-16 and 2016-17, first serving as the video coach before joining the bench as an assistant coach.

He will be on the bench for the Broncos first pre-season game on Friday against the Moose Jaw Warriors.