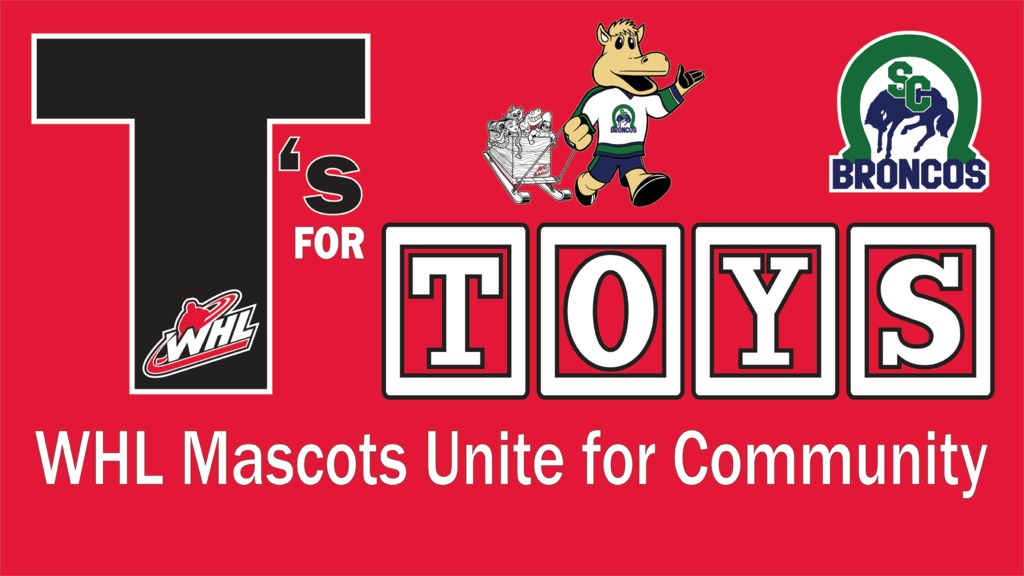 SWIFT CURRENT, SK – The Swift Current Broncos announced today they will be making a donation to the Southwest Newcomer Welcome Centre following the sale of t-shirts during the T’s For Toys initiative.

In total, the Western Hockey League and its 22 member Clubs are proud to share that over 800 children across WHL territory have been supported as a result of the campaign.

The Broncos partnered with the Southwest Newcomer Welcome Centre and The Sputtergotch Toy Company to brighten the holidays for local families this Christmas season. The funds raised will bring some additional joy to over 40 children and families this holiday season.

All toys were purchased through shop local initiatives at The Sputtergotch Toy Company of Swift Current with the help of owner Gary Koebel’s generosity and willingness to support the T’s For Toys Campaign, where dollars raised were pushed even further.

The Broncos wish to extend a huge thank you to the influencers which helped to promote this campaign locally to support local business and brighten the holidays of local children.

A special thank you goes to Karla Wiens of the Swift Current Chamber of Commerce, Jim Dakowny of the Dr. Noble Irwin Regional Healthcare Foundation, Karli Wong of the Southwest Newcomer Welcome Centre, and Dr. David Stock of Anchor Dental.