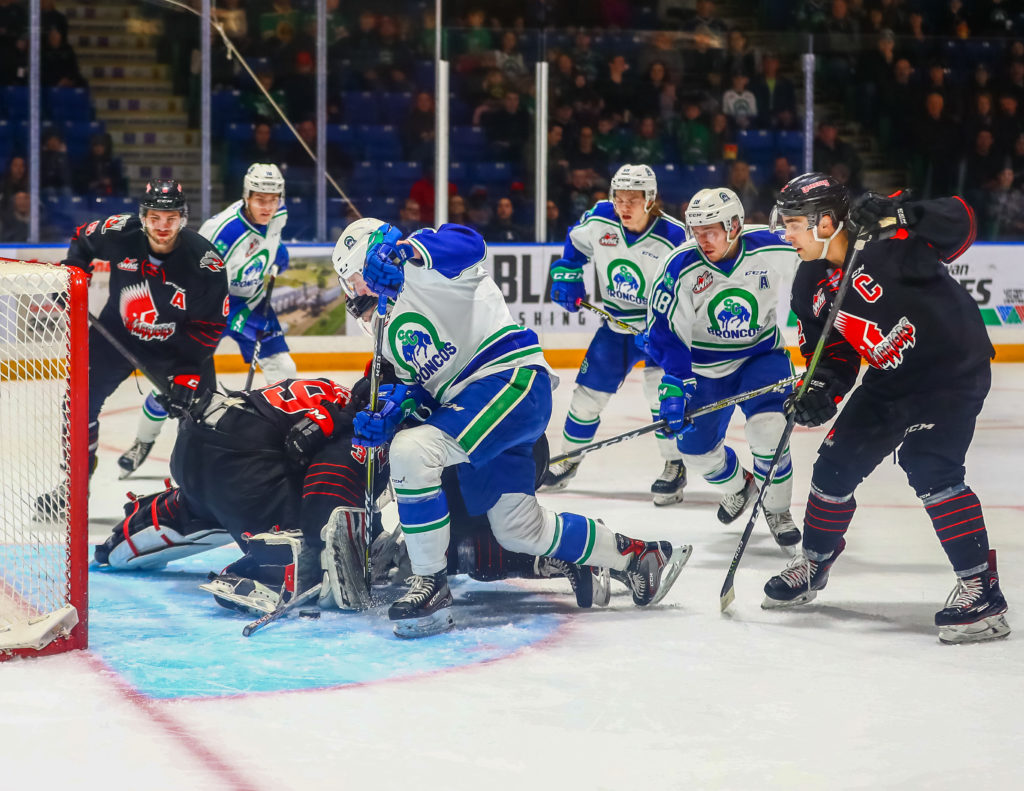 Swift Current, SK – The Swift Current Broncos kick off the pre-season portion of their schedule when they head to Regina to face off against the Moose Jaw Warriors Friday afternoon at 3:00.

While it’s the first pre-season game for the Broncos, the Warriors have a game under their belts as they hosted the Regina Pats on Tuesday at Mosaic Place.

The Warriors dropped the game 3-1, with Josh Hoekstra scoring the lone goal for Moose Jaw.

The Broncos roster on Friday will feature a mixture of returning and new players to the franchise. Mathew Ward and Kasper Puutio will suit up for their first WHL exhibition games while returning players like Carter Chorney and Ethan O’Rourke will also be in the lineup.

Friday afternoons game won’t be available on WHL Live, but Living Sky Casino Broncos Hockey will be up and running as Craig Beauchemin will be in Regina to broadcast the game.

Click here to find the broadcast page. Broadcast will start around 2:50 pm.

The game is the first of six on the pre-season schedule for the Broncos, who head back to Regina Saturday night for a 7:00 game against the Pats.