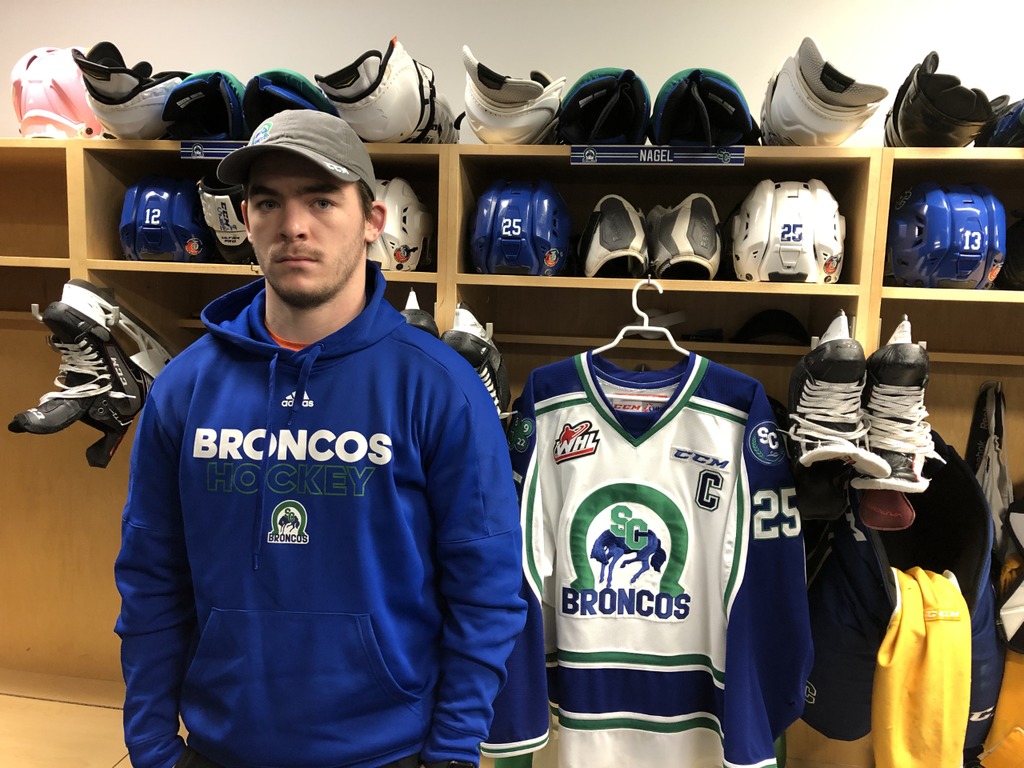 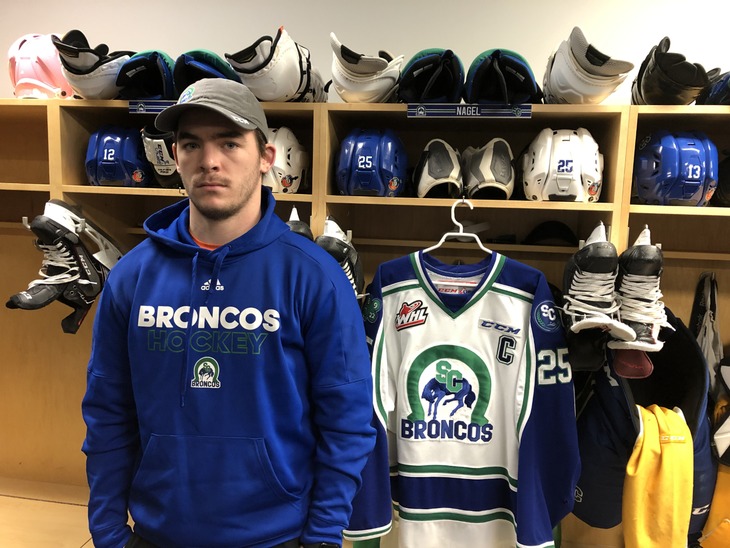 Tanner Nagel has been named captain of the Swift Current Broncos for the remainder of the 2018-19 season.

“He works extremely hard on and off the ice. His character inside the room has been exceptional” added Brockman.

Nagel became a member of the Bronco family at last year’s WHL trade deadline. The 1998 born product of Mossbank, Saskatchewan arrived in Swift Current as part of the blockbuster trade that also brought Giorgio Estephan and Stuart Skinner to Swift Current.

Nagel’s WHL career began in 2015 as a member of the Portland Winterhawks. He joined the Lethbridge Hurricanes in 2016-17 and played 107 regular season games there before arriving in Swift Current. As of today, Nagel has played 206 WHL games, scoring 21 goals, 19 assists, 40 points and 234 penalty minutes.

“It’s an extreme honour to be picked to wear the C” said Nagel this morning at the Innovation Credit Union iPlex.

“There have been a lot of great players before me to have this honour. It’s an amazing feeling and I’m really excited.” added Nagel.

“They’re great guys who lead by example on and off the ice” said Nagel of Regnier and Stanley.

The Broncos have two home games this weekend. They host the Seattle Thunderbirds Saturday night at 7:05 before taking on Brandon Sunday afternoon at four. Call The Stable at 773-1509 for tickets or visit scbroncos.com.