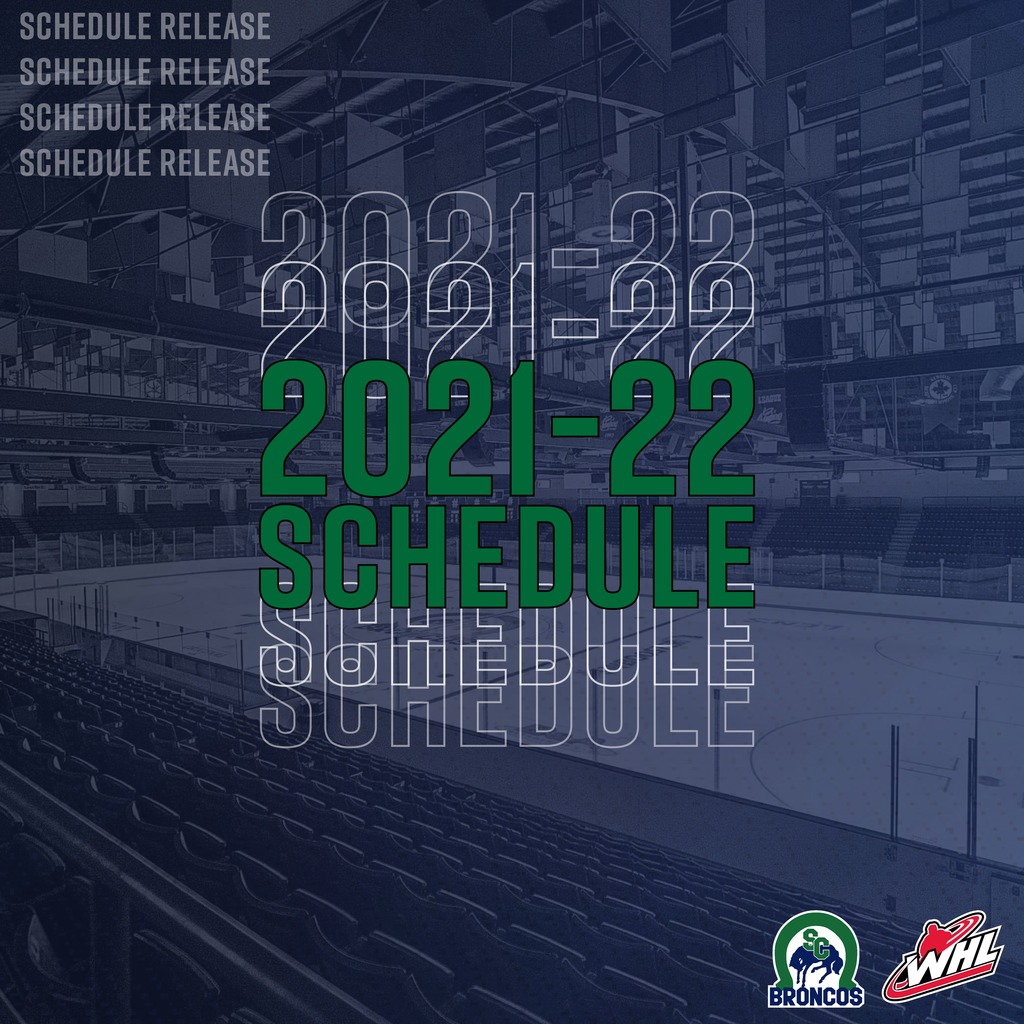 The full schedule can be viewed here.

The 2021-22 schedule runs for 184 days, beginning October 1 when Swift Current hosts the Medicine Hat Tigers and ends April 3 when the Broncos are in Calgary for a 2:00 game against the Hitmen.

Moving back into the Central Division for the upcoming season, and with no inter-conference play, the Broncos will exclusively match up against opponents from Alberta, Saskatchewan and Winnipeg.

The breakdown of games versus Eastern Conference opponents is as follows:

Some key dates on the schedule are as follows:

October 29, 2021 – First of three visits for the Regina Pats and Connor Bedard.

November 5-20, 2021 – Season-high six-game homestand for the Broncos with games on Friday and Saturday three weeks in a row.

April 1, 2022 – Final home game of the season versus Calgary Hitmen.